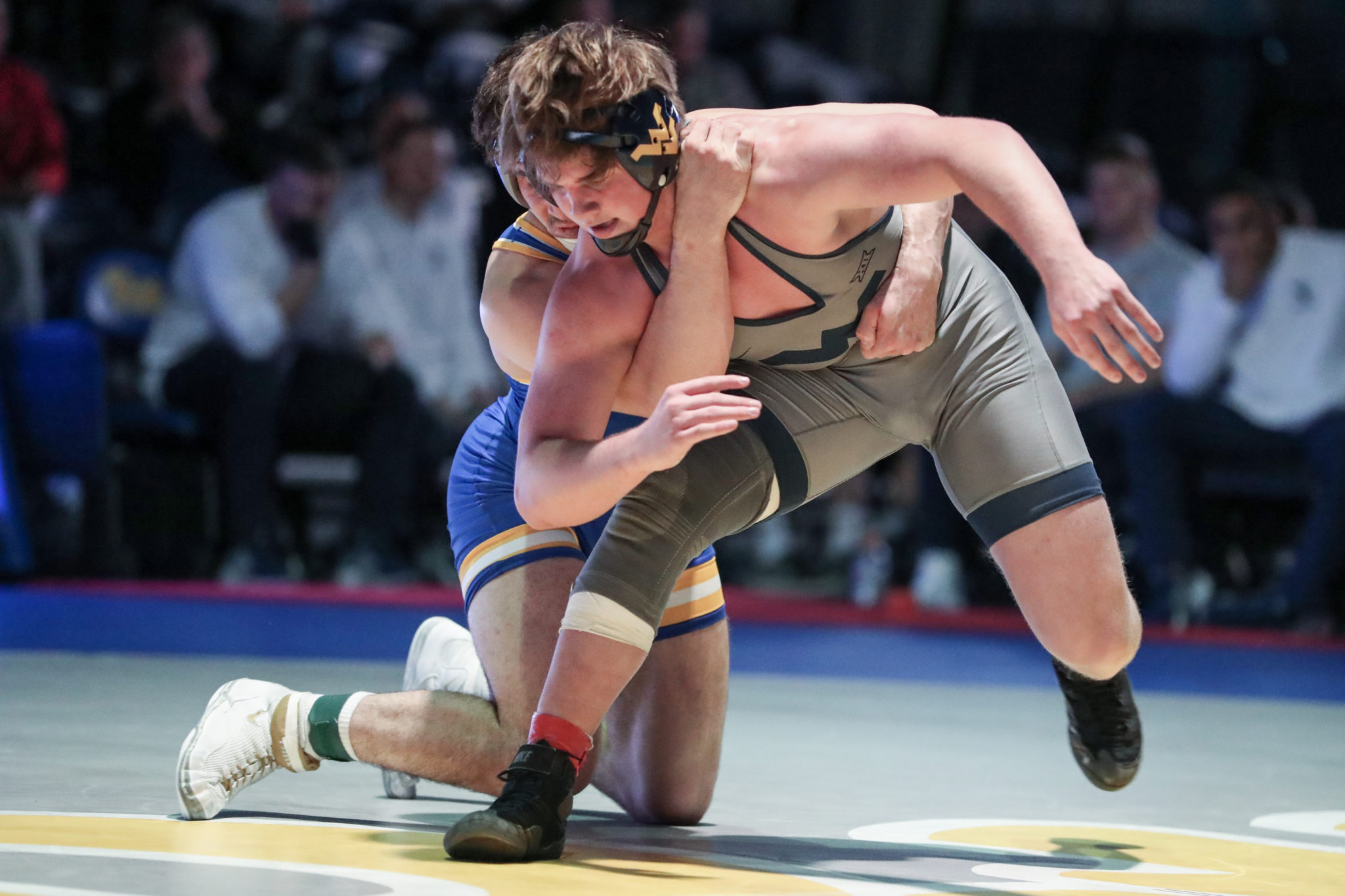 In West Virginia’s four previous dual meets, a string of victories within the lightweight matches proved to be the momentum shift the eventual winner needed.

This was again the case on Sunday afternoon, as No. 12 Oklahoma State claimed four wins in the first five matches en route to defeating No. 23 West Virginia 28-7 at the Gallagher-Iba Arena in Stillwater, Oklahoma.

The Cowboys (8-1) have now won five dual meets in a row and improved to 4-0 in the Big 12. West Virginia (7-3, 1-3 Big 12) has suffered back-to-back defeats after its four-match win streak was snapped by Oklahoma on Friday.

West Virginia opened the match with 125-pound No. 7 ranked Killian Cardinale claiming a 14-4 major decision victory over Zack Blankenship. Cardinale remains unbeaten at 8-0 overall on the season after missing the first five meets due to injury.

No. 2 ranked Daton Fix pinned Davin Rhoads at 133 pounds to start the Cowboys’ lightweight run. No. 17 Carter Young, Victor Voinovich and No. 11 Kaden Gfeller secured decision victories at 141, 149 and 157 pounds, respectively, to put Oklahoma State ahead 15-4 at the midpoint of the match.

Voinovich’s triumph over West Virginia’s Jeffrey Boyd at 149 pounds was Boyd’s first dual meet action since the Mountaineers’ season-opening win against Glenville State on Nov. 20. Boyd replaced regular starter Sam Hillegas, who was injured during Friday’s match against Oklahoma. Hillegas had competed in the previous eight meets prior to Sunday, going 6-2.

Desperately needing a win, No. 8 ranked Peyton Hall delivered for the Mountaineers at 165 pounds, defeating No. 21 Wyatt Sheets 6-2 to close the deficit.

Oklahoma State then claimed the final four matches to set the lopsided final. No. 5 Dustin Plott edged West Virginia’s Scott Joll 14-11 at 174 pounds before No. 12 Travis Whittlake took down Anthony Carman in a 16-7 major decision victory at 184 to clinch the match.

West Virginia will compete in the Mat-Town Open Tournament at Lock Haven University’s Thomas Fieldhouse next Sunday, Jan. 29, before returning home to take on No. 4 Iowa State on Friday, Feb. 3.

The matchup with the Cyclones starts a string of four consecutive dual meets at home for the Mountaineers. West Virginia is 5-0 inside the WVU Coliseum this season.

Welcome to the new home of WVU football and basketball breaking news, analysis and recruiting. Like us on Facebook, follow us on Twitter and check us out on YouTube. And don't forget to subscribe for all of our articles delivered directly to your inbox.
Related Topics:Big 12featureOklahoma StateTim FlynnWest VirginiaWest Virginia UniversityWest Virginia University WrestlingWVUWVU Wrestling
Don't Miss