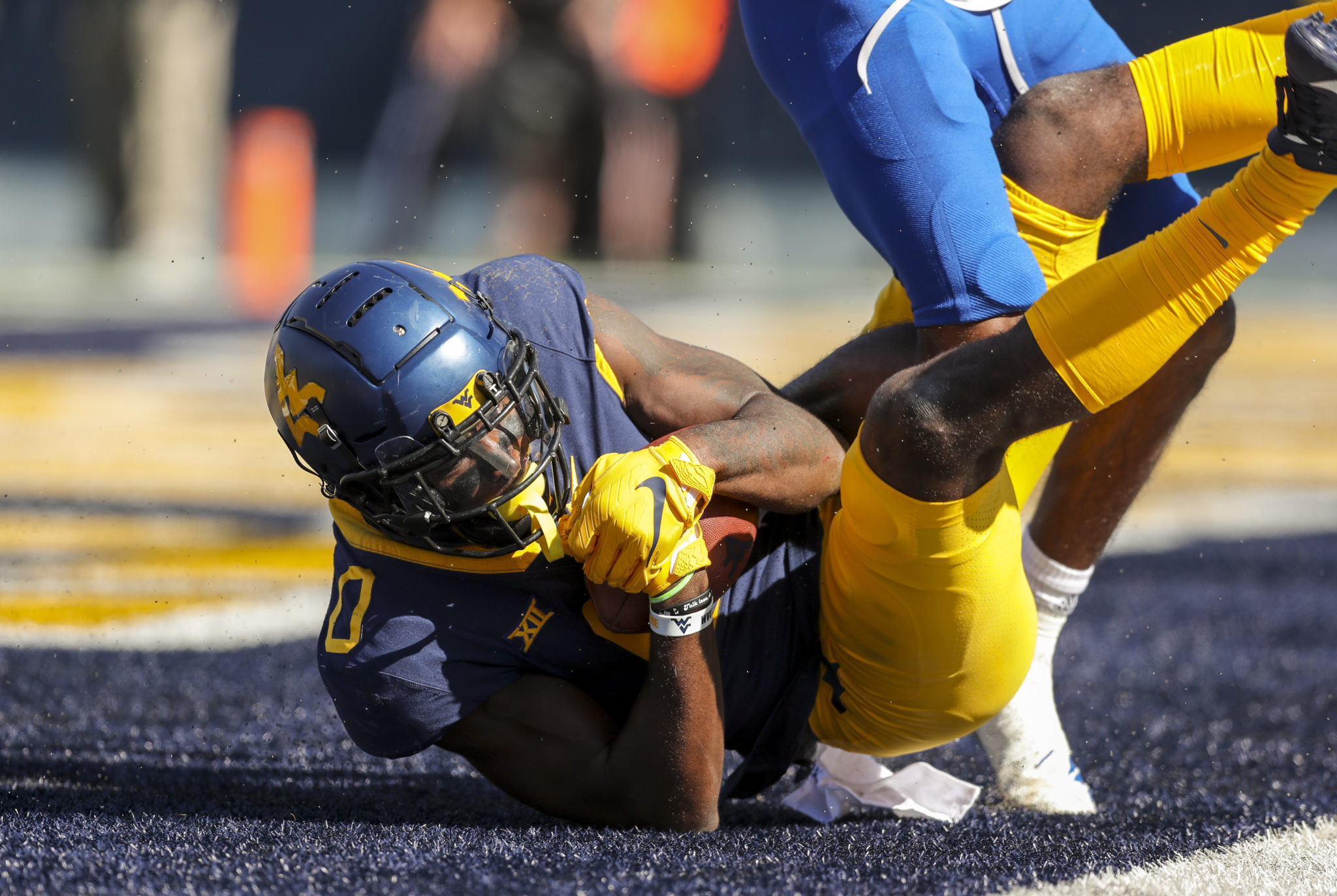 MORGANTOWN, W.Va. – The final regular season game of WVU Football’s 2021 slate is upon us. The 5-6 Mountaineers travel to Lawrence, Ks. today to play the 2-9 Kansas Jayhawks at 7 p.m. EST.

This is the 11th meeting of the two conference foes, and WVU leads the series 9-1. 2021’s iteration of WVU-Kansas welcomes KU rookie head coach Lance Leipold, who was hired on Apr. 30, but WVU head coach Neal Brown, in his third season, has never lost to the Jayhawks. Brown can’t afford to make this season any different.

WVU is on a one-game win streak after a 31-23 final was enough to find a fifth season win over the Texas Longhorns. Conversely, the Jayhawks are on a one-game losing streak courtesy of the TCU Horned Frogs, 31-28. WVU is on the bowl game eligibility bubble with five wins and this game is another must-win if the Neal Brown era wants a chance at being 2-for-3 on bowl game appearances.

West Virginia (3-5) enters today seventh in the Big 12, but it’s actually significantly better than the Jayhawks (1-7), who pull up the rear of the conference rankings list. The bottom third of the Big 12 Conference includes West Virginia, TCU, Texas, and Kansas, and WVU could have been anywhere among the middle of the pack if its depth chart had remained unchanged during the beginning and midpoint of conference play. Today’s game will kick-off without a few important Mountaineer names suited up.

The team has been missing tight end Mike O’Laughlin, linebacker Exree Loe, and cornerback Nicktroy Fortune, all of whom are out for the season. Others, like nose tackle Akheem Mesidor, QB2 Garrett Greene, wide receiver Sean Ryan, and defensive end Dante Stills are day-to-day, but all saw the field against Texas. Wide receiver Isaiah Esdale was slated to be out with injury for the Texas game, but instead made an appearance that produced a pair of receptions and 13 yards. Whether he makes a cameo in today’s game remains to be seen.

Leipold’s team isn’t as battered as the Mountaineers, but will still enter play missing key components. During the second quarter of two weeks ago’s 57-56 overtime win against the Texas Longhorns, KU starting running back Devin Neal got hurt. As of Monday, Leipold ruled Neal, a true freshman, as “questionable to doubtful”. Neal is the team’s leading rusher and has produced 707 yards and eight touchdowns for the team this season. Without his presence helping quarterback Jalon Daniels, the next man up is, presumably, redshirt freshman Amauri Pesek-Hickson, who will make his second start of the season today. If not Pesek-Hickson, Mountaineer fans will get a glimpse of redshirt freshman Malik Johnson, who has never played a college snap, is poised to get the nod.

Daniels is another depth issue for Leipold’s team. He’s in his third game with the team this season after injury sidelined his predecessors, Miles Kendrick and Jason Bean, during the Kansas State loss in Week 10. Leipold was planning on redshirting Daniels, but with a demoralized quarterback room, Daniels was the obvious next choice. Since stepping up into the QB1 spot, Daniels is 43-for-60 for 457 yards, five touchdowns, and an interception. Leipold speaks highly of his decision making, and the stats lean toward him being a dual-threat target. Against TCU last week, Daniels put up 255 yards through the air on 22 completions, good for a pair of touchdowns. His feet also carried him 37 yards on six rushing attempts, including a QB keep 14-yard rush to kick off the KU scoring. He has untapped potential, and the WVU defense has been historically daunted by run-pass option quarterbacks. Watch for Daniels to make a solid move up the hash marks if he’s left unguarded in the pocket. Daniels, coupled with starting wide receiver Kwamie Lassiter II, who has registered 608 receiving yards and a trio of touchdowns on 52 receptions, quietly ranks No. 118 in the country in receiving yards. To compare, WVU’s Winston Wright’s 643 yards on 57 receptions ranks No. 102 and Bryce Ford-Wheaton’s 560 yards on 40 receptions ranks No. 138.

If you can’t watch this final regular season game in person, check down below for all the other ways to cheer on the Mountaineers in their final road game. The game kicks off at 7 p.m. EST, and pregame shows start at least two hours prior to that time.

Welcome to the new home of WVU football and basketball breaking news, analysis and recruiting. Like us on Facebook, follow us on Twitter and check us out on YouTube. And don't forget to subscribe for all of our articles delivered directly to your inbox.
Related Topics:featureHow to WatchWVU FootballWVU vs. Kansas
Up Next