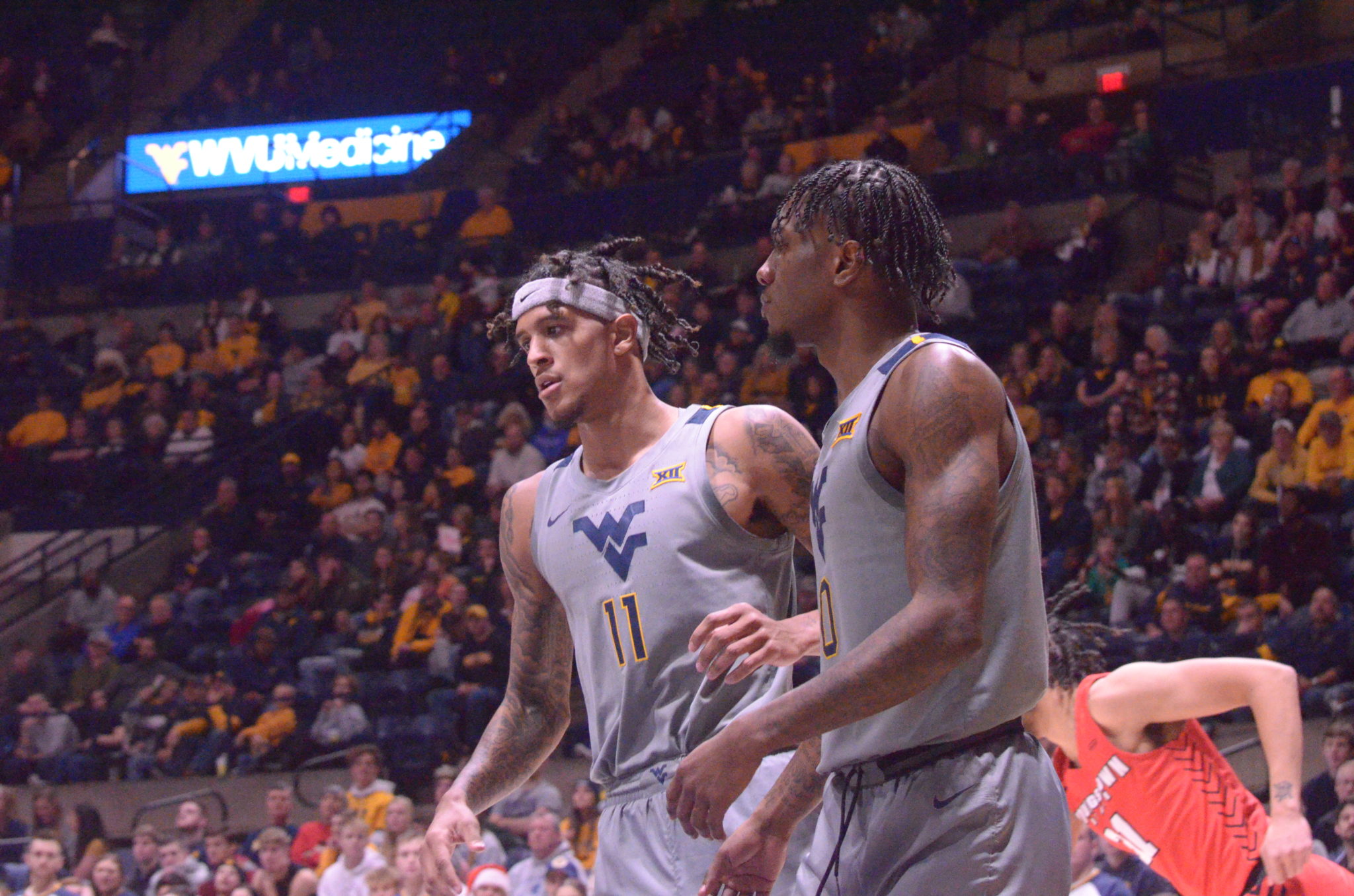 MORGANTOWN, W. Va. – Well, it’s safe to say that West Virginia’s defense showed up on Tuesday night against Oklahoma State, as the Mountaineers won their second Big 12 Conference game, 70-60. WVU forced the Cowboys to turn over the ball 17 times.

WVU had 12 steals and six blocks as a team.

Gabe Osabuohien and the word, “defense” just go together perfectly. It wouldn’t be a great defensive effort from the Mountaineers without Osabuohien’s name being mentioned. Osabuohien was playing like a magician. Osabuohien is known for his hustle and drawing charges, which he did do, but the fifth-year senior was a threat when driving in the paint. Osabuohien finished with 12 points, which was a season-high for the Canadian native. Osabuohien also had eight rebounds, two steals and a block.

Taz Sherman found a cutting Jalen Bridges for an and-one layup right at the 4-minute media timeout in the first half. Bridges’ basket gave West Virginia a double-digit lead. The sophomore forward shot the ball 14 times, which is a little surprising. Bridges finished with 22 points, tying his career-high. Bridges shot a perfect 10-of-10 from the line.

The Mountaineers started the game shooting 4-of-19 from the field. They were able to lead the game early on as Oklahoma State turned the ball over five times in the first few minutes.

A three by Sherman in the first half gave WVU a 15-12 lead, which they never gave up for the remainder of the game.

With limited practice due to his right ankle, guard Malik Curry still was able to produce in Tuesday’s game. Curry finished with five points, playing 26 minutes.

West Virginia will have a few days off until they travel to Lawrence, KS, to take on No. 9 Kansas, on Saturday. The Mountaineers and Jayhawks are set to tip off at 2 p.m. on CBS.

Welcome to the new home of WVU football and basketball breaking news, analysis and recruiting. Like us on Facebook, follow us on Twitter and check us out on YouTube. And don't forget to subscribe for all of our articles delivered directly to your inbox.
Related Topics:Bob HugginsfeatureGabe Osabuohienjalen bridgesOklahoma State basketballTaz ShermanWest Virginia Basketball
Up Next