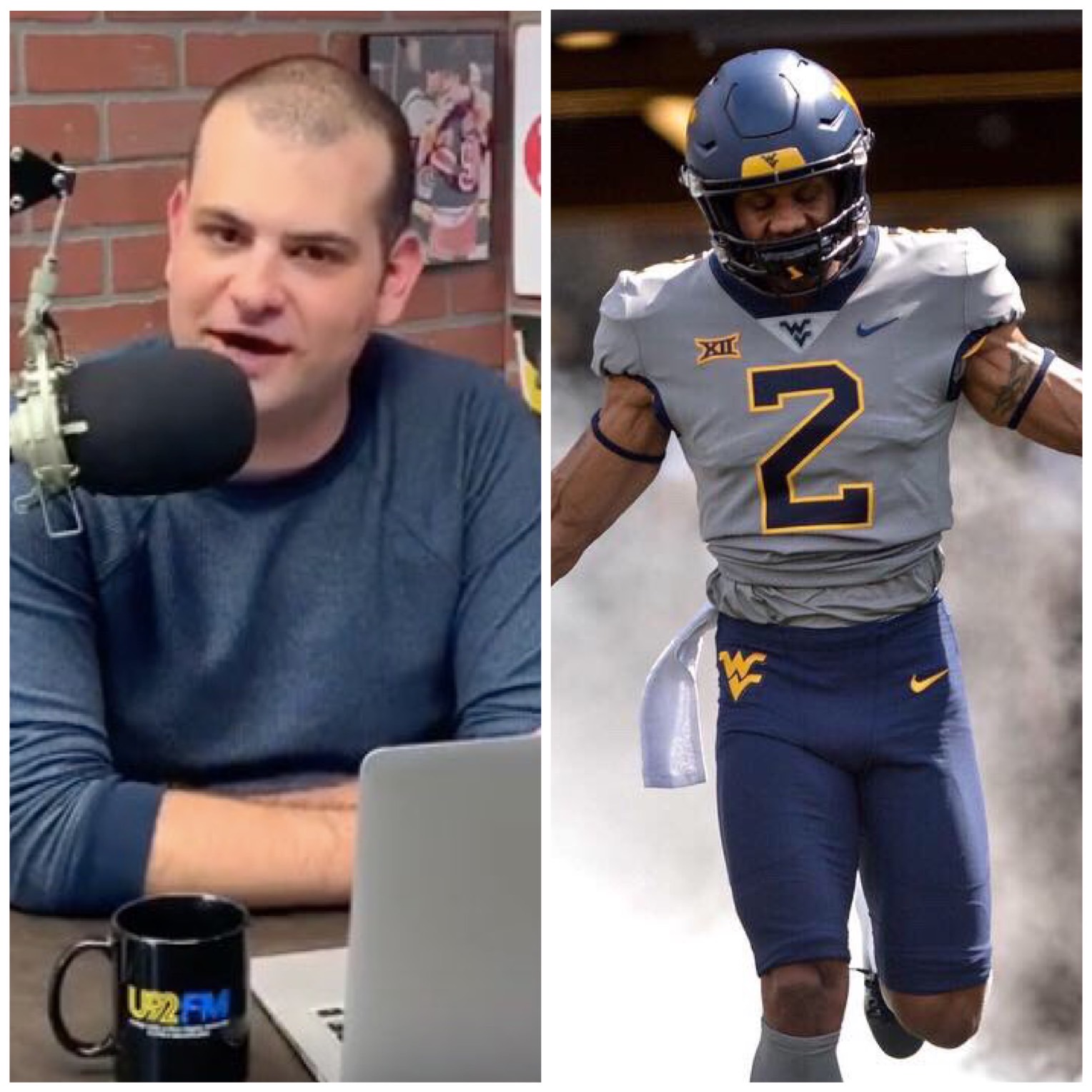 In keeping up with the growth of the entire Sports Now family, it’s time West Virginia Sports Now announced some big news of our own and started unveiling what we will be offering podcast wise moving forward.

WVSN is proud to announce that West Virginia football legend Rasheed Marshall will be joining Mike Asti for a show throughout the upcoming football season. Asti will guide Marshall as the two break down the game and analyze what went right or what went wrong for Neal Brown’s team.

This show is expected to air every other week. The combination of an experienced media professional like Mike Asti and a man who’s been there and done it before on the field as a Mountaineer will undoubtedly create an insightful and entertaining broadcast for fans to enjoy.

Expect a video and audio version of this podcast. This show will join Mike Asti’s long-standing Mike Drop show as the second podcast to appear on WVSN.

For those unaware, and anyone excited about this news is likely extremely aware, Marshall finished his college career at WVU with 5,558 passing yards and 45 touchdowns. He was named the 2004 Big East Offensive Player of the Year.

Prior to coming to WVU, Marshall was rated the 10th best quarterback prospect in the nation by ESPN in 1998 following a stellar high school career at Brashear High School in the City of Pittsburgh. After graduating from WVU, Marshall was drafted in the 5th round of the 2005 NFL Draft by the San Francisco 49ers with the intention of switching to receiver due to his athleticism.

Stay tuned with more news on the way.

Welcome to the new home of WVU football and basketball breaking news, analysis and recruiting. Like us on Facebook, follow us on Twitter and check us out on YouTube. And don't forget to subscribe for all of our articles delivered directly to your inbox.
Related Topics:featureMike AstiNeal BrownRasheed MarshallWest VirginiaWest Virginia MountaineersWVUWVU Football
Up Next