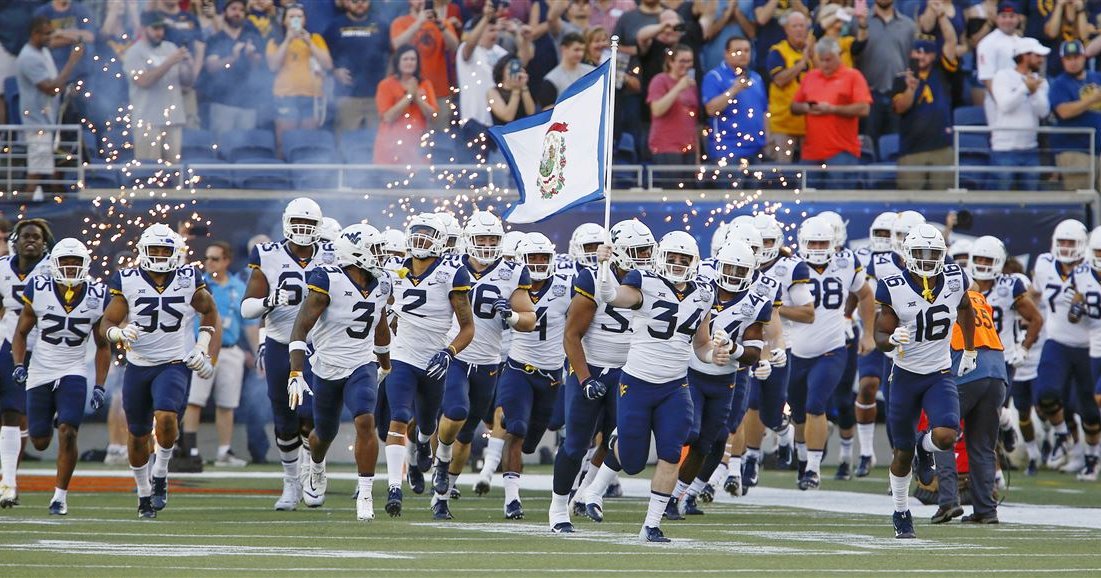 West Virginia will host a large, talented group of 2022 recruits this weekend, starting Friday. With a couple of recruits having already committed to WVU, this weekend could prove to provide a boost to WVU’s 2022 class.

Here’s who will be visiting WVU this weekend.

Justin Williams is a 2022 4-star running back from East Paulding High School in Dallas, Georgia.

Williams has already visited Nebraska and will visit Lousiville next weekend.

A running back and linebacker for the Raiders, Williams is the 222nd-ranked recruit in the 2022 class (15th-ranked running back) and ranks 30th in the state of Georgia. He also plays basketball and competes in track & field.

Nicco Marchiol is a 2022 4-star quarterback from Hamilton High School in Chandler, Arizona.

Livingstone has already visited Indiana while he plans to visit Cincinnati and Iowa later in June.

As an offensive and defensive lineman for the Lions, Livingston helped paved the way for a strong rushing attack and stuffed opposing players as part of a stifling defensive line.

Travious Lathan is a 2022 4-star linebacker from Gulliver Preparatory School in Miami, Florida.

Lathan has already visited Miami and Pittsburgh in June and plans to visit Indiana later in the month.

As a wide receiver and linebacker for the Raiders, Lathan caught 14 passes for 239 yards and two touchdowns while making 20 tackles.

The Saints were only able to play one game last season, and while it was a victory, COVID-19 forced them to miss the playoffs.

He is the 467th-ranked recruit in the class of 2022 (the 64th-ranked wide receiver) and he’s ranked 13th in the state of Pennsylvania.

The Cougars were only able to play two games last season, but Sannieiola has flashed enough as a wide receiver and safety to become highly sought after.

Shawn Miller is a 2022 3-star wide receiver from IMG Academy in Bradenton, Florida.

As a wide receiver for IMG, Miller helped lead IMG Academy to a perfect season and No. 1 ranking in the nation with 12 catches for 205 yards and three touchdowns in just six games.

Brown has already visited Louisville and Northwestern earlier in June.

As a defensive lineman for the Bulldogs, Brown racked up 14 tackles, seven tackles for loss, one sack, one forced fumble and one fumble recovery in just three games.

Cooper will be visiting Illinois on June 18 after making WVU his first official visit.

As a wide receiver for the Wildcats, Cooper led the team last season with 38 catches for 1,101 yards and 13 touchdowns at a whopping 29 yards per reception.

Tyrin Woodby is a 2022 3-star safety from St. Frances Academy in Baltimore, Maryland.

Woodby played cornerback for the Panthers and will play in the secondary for WVU.

Ryland Gandy is a 2022 3-star cornerback from Buford High School in Buford, Georgia.

Gandy visited Pittsburgh last weekend, and he plans to visit Virginia next weekend.

As a wide receiver and cornerback for the Wolves, Gandy helped his team win a Georgia state AAAAAA championship.