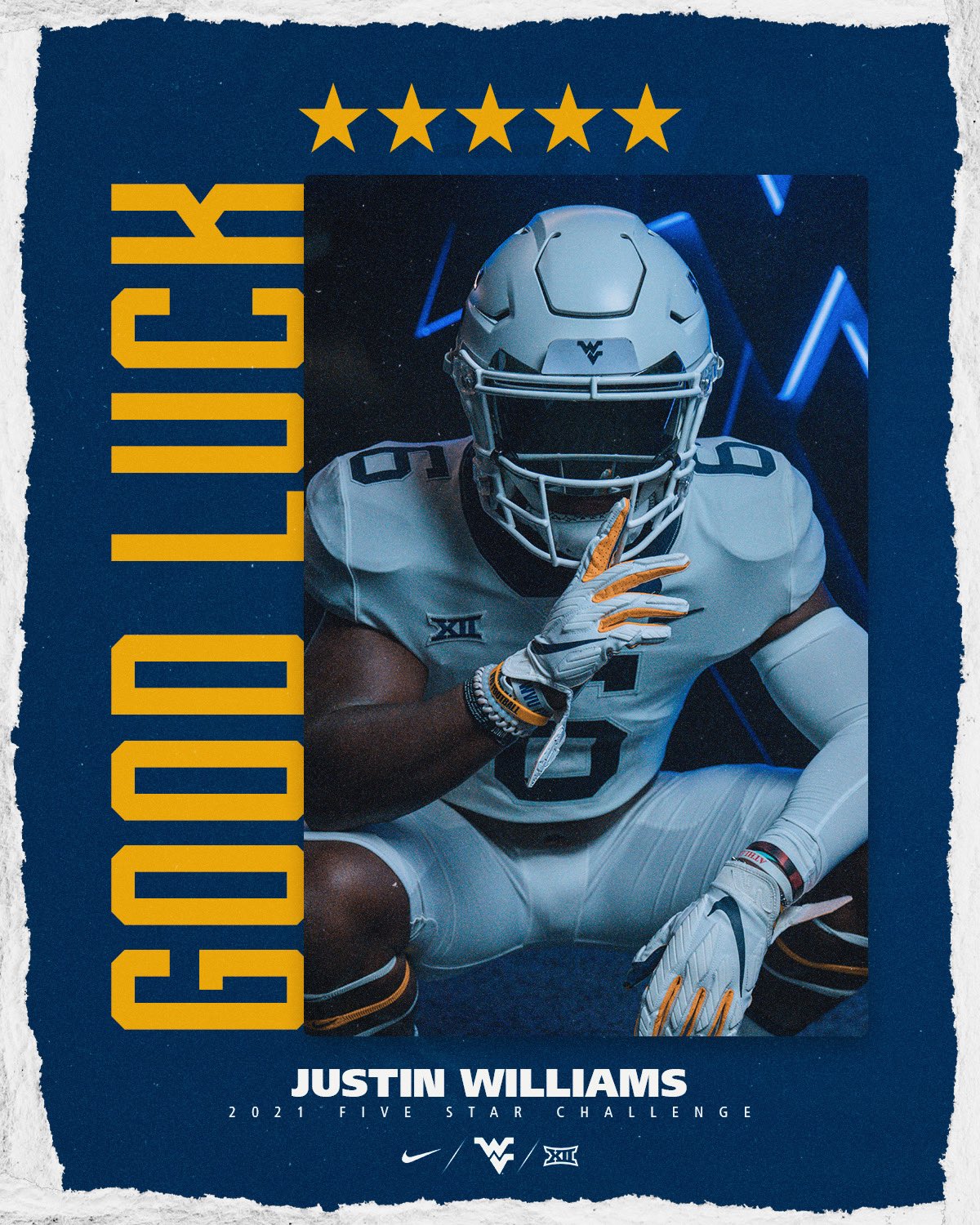 Without a running back committed in the class of 2022 yet, West Virginia could be closing in on the first very soon.

4-star running back Justin Williams from East Paulding High School in Dallas, Georgia announced via Twitter on Thursday that will be committing on July 5th at 3:00 PM — his mother’s birthday.

After a talk with my parents, I have decided to COMMIT July 5th , 3PM EST !

With three official visits made in June, Williams started the month off at Nebraska, visited WVU on June 11th and finished the month with a visit to Louisville.

Williams was complimentary of his visit to WVU, expressing through Twitter how much he enjoyed his visit.

According to Rivals, which ranks Williams as the 221st-rated recruit in the cycle (the 15th-ranked running back and 22nd-ranked recruit from Georgia), he is projected to commit to WVU.