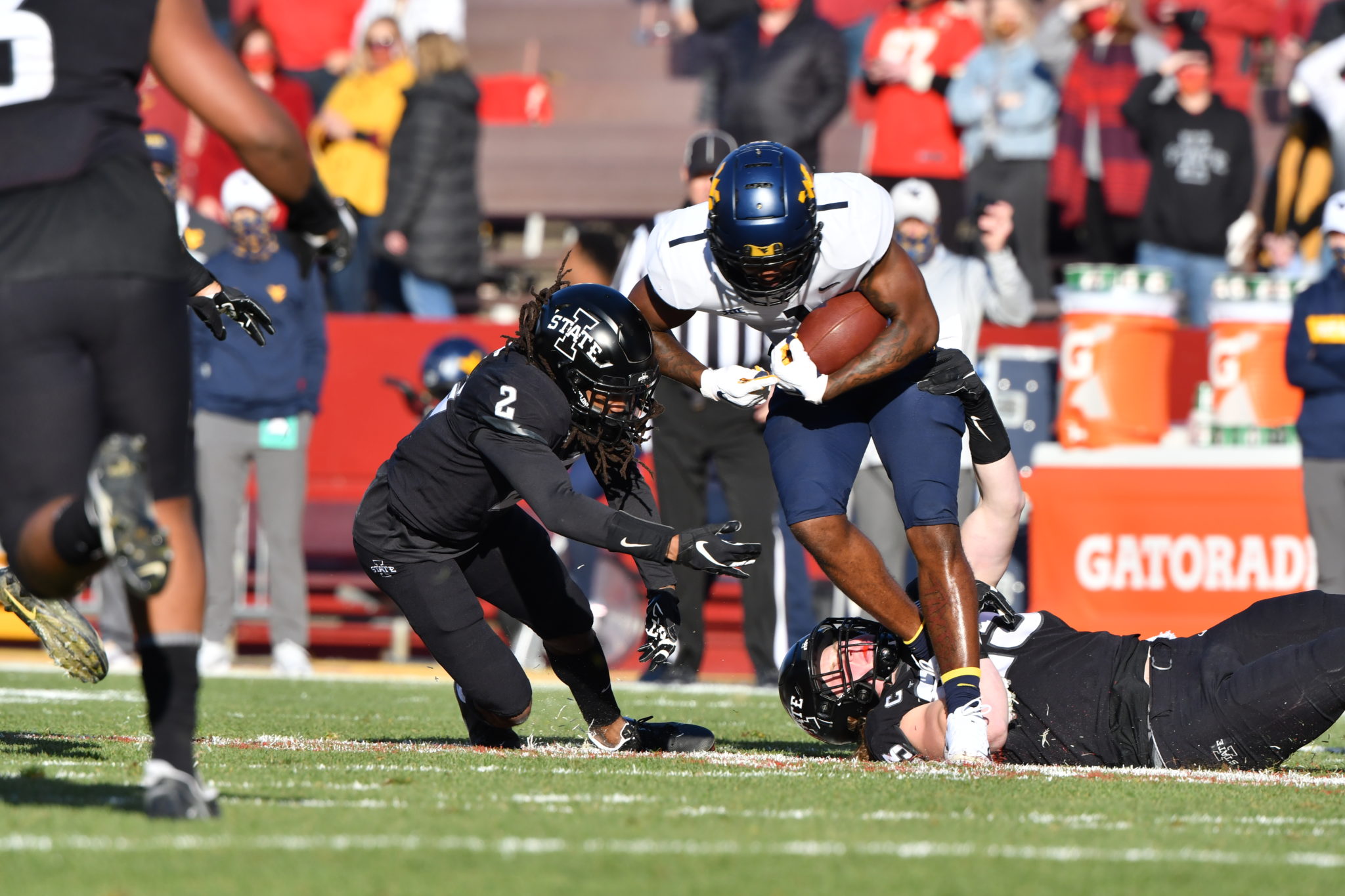 MORGANTOWN, W.Va. – When the 3-4 Mountaineer football team welcomes the 5-2 Iowa State Cyclones to Morgantown at 2 p.m. today, the Halloween weekend crowd is in for a great game. The Cyclones, under head coach Matt Campbell, are on a tear through conference play. Three straight wins against Kansas (59-7), Kansas State (33-20), and No. 8 Oklahoma State (24-21) puts this Iowa State team, ranked No. 22 in the nation, at an obvious advantage.

Despite the winning disparities, 3-1 versus WVU’s 1-3 Big 12 record, the spread is only a one touchdown game in favor of Iowa State. It’s certainly not a lost cause for the Mountaineers to be this close to a Campbell team that has already handedly demolished teams 48-3 (UNLV) and 59-7 (Kansas). In fact, the Mountaineers are riding high after getting 2021’s first conference win last week against the TCU Horned Frogs on the road. This West Virginia staff, lead by head coach Neal Brown, seems to be kicking the production into gear. Although later in the season than probably suggested to get back on the winning end of the argument, WVU will need to capture at least three of the next five games to put the program in bowl contention.

This game also means more to the WVU players and staff, as the Mountaineers haven’t secured a win against the Cyclones since 2017. To make the match-up’s history even more difficult to swallow, last season’s meeting produced a 42-6 Cyclone smackdown at Jack Trice Stadium that closed the series deficit to 5-4 in WVU’s favor. In 2021, the Mountaineers are determined never to let that happen again. It’ll all play out later today, at 2 p.m. EST.

If you can’t make it to Milan Puskar Stadium for today’s game, we have all the other options for your game day viewing pleasure below.

Welcome to the new home of WVU football and basketball breaking news, analysis and recruiting. Like us on Facebook, follow us on Twitter and check us out on YouTube. And don't forget to subscribe for all of our articles delivered directly to your inbox.
Related Topics:featureHow to WatchIowa State CyclonesWVU FootballWVU vs. Iowa State
Up Next