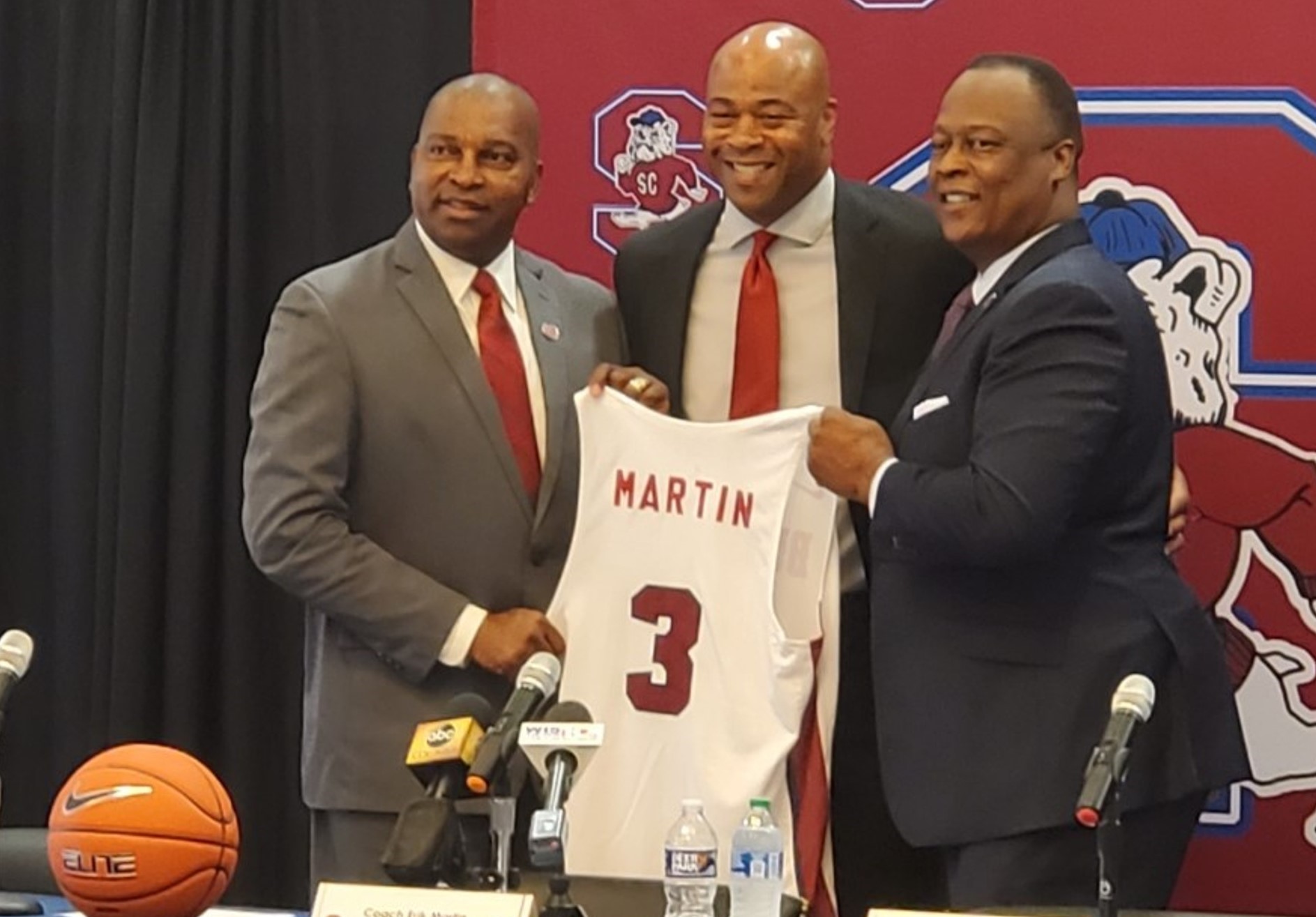 Erik Martin has been dreaming of this moment for a while now. The former West Virginia men’s basketball assistant was formally introduced as the next head coach at South Carolina State. This marks the first head coaching job that Martin will have at the Division-I level.

Martin’s introduction on Wednesday was emotional for the 51-year-old from California.

Erik Martin, literally breaking down crying, emotion taking over as he lives a 20 year dream of being a head college basketball coach. pic.twitter.com/MAlLc2WKJR

WVU head coach Bob Huggins referred Martin for the open job, connecting him with the right person at South Carolina State. SCSU took three months to hire their next men’s basketball coach but they wanted to make sure it was the right hire.

“I’m so excited to be the next head coach at South Carolina State. It has always been my dream to lead a Division I program as well as guide young men on and off the court as they prepare to graduate and move on to the next phase of their lives,” Martin said.

Martin spent 15 seasons at West Virginia under Huggins. During his time under Huggins, Martin helped coach the Mountaineers to 10 NCAA Tournament appearances, 4-Sweet 16’s and a Final Four appearance in 2010. Before coming to WVU, Martin played under Huggins at Cincinnati from 1991-93 and coached with him at Kansas State from 2006-07.

In April 2021, Martin was one of the final candidates for the Cincinnati head coach position. The former Bearcat was interviewed by the University of Cincinnati but ended up picking Wes Miller over him. Martin returned to assist West Virginia this past season and now will head to South Carolina State for his first season as a head coach.

Welcome to the new home of WVU football and basketball breaking news, analysis and recruiting. Like us on Facebook, follow us on Twitter and check us out on YouTube. And don't forget to subscribe for all of our articles delivered directly to your inbox.
Related Topics:Bob HugginsCincinnati basketballErik martinfeatureSouth Carolina StateWest Virginia Basketball
Up Next