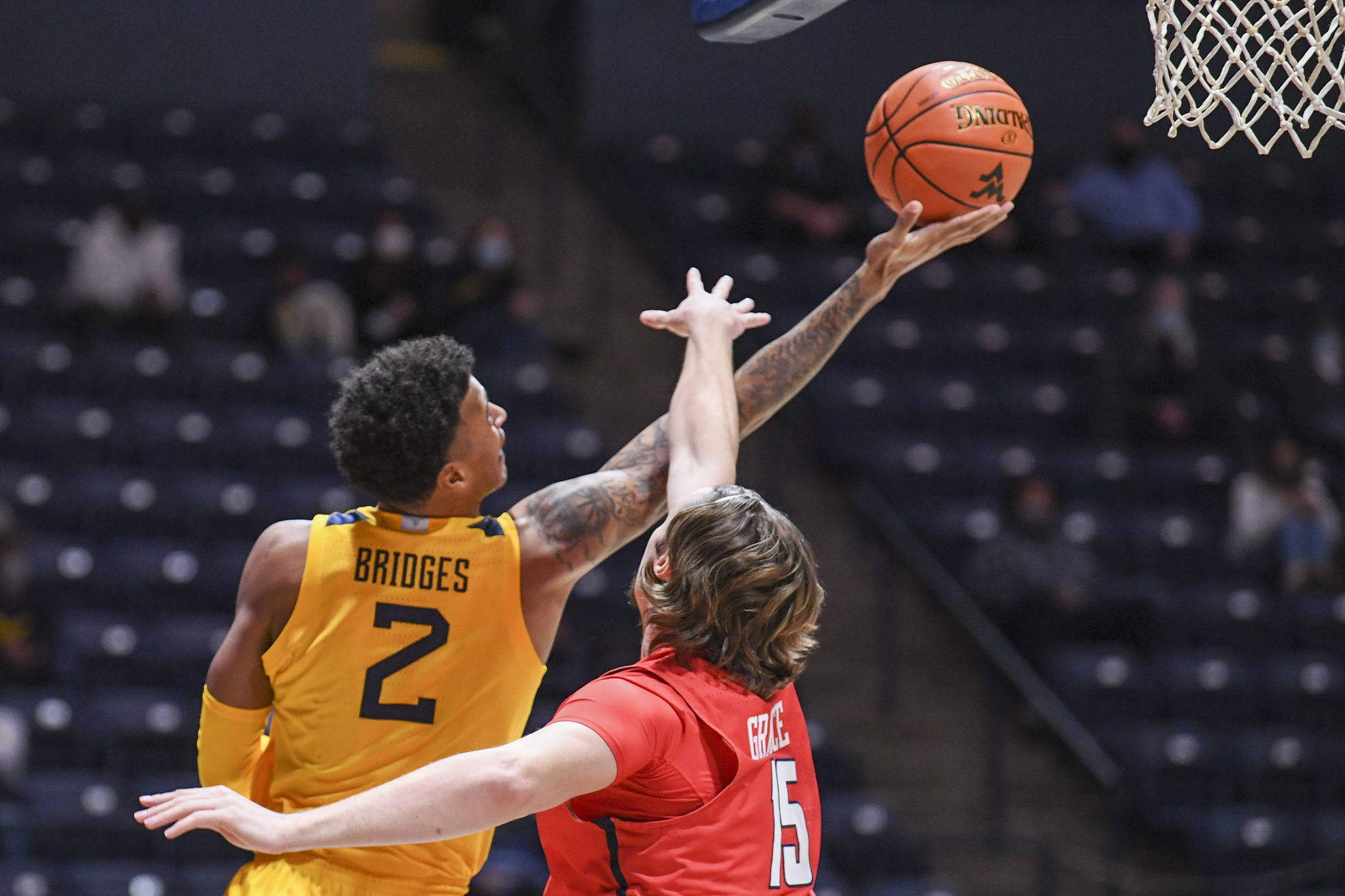 Wednesday morning, West Virginia announced that the team will be without one of its most promising newcomers for the rest of the 2020-21 season. True freshman big man Isaiah Cottrell suffered a torn Achilles tendon in his left leg in the first half against Northeastern Tuesday afternoon and will miss the entire rest of the season.

The 6-foot-11, Las Vegas native signed with the Mountaineers out of Huntington Prep in Huntington, West Virginia and added a new element to the team’s frontcourt.

Cottrell had played sparingly through 10 games this season, averaging just 5.6 minutes per game. He has had some good performances this season, including six points off the bench against No. 1 Gonzaga earlier this month. Along with junior Gabe Osabuohien, Cottrell is one of the main substitutes for star big men Derek Culver and Oscar Tshiebwe, coming into the game whenever one of them gets into foul trouble or needs a breather.

Now without Cottrell, WVU will need one of its other young players to step up into his role. One of the possibilities is redshirt-freshman Jalen Bridges. At 6-foot-7, Bridges is big enough to play either on the wing or at one of the forward spots, according to Huggins.

“I kept waiting for JB to break out of it this year,” Huggins said. “At the end of last year, he was playing as well as anybody was. He was offensive rebounding the ball really well, he was rebounding defensively and he was really making shots. I thought coming in if he carried the same thing in that he ended with a year ago, he’d be hard to keep out of the lineup. And I think he will.”

Bridges has been in a similar role to Cottrell so far this season, averaging 6.4 minutes per game coming in at times to relieve starter Emmitt Matthews Jr. Bridges has also struggled shooting the ball to start the year, making just one of 11 three-point attempts.

Other than Bridges, the only other forwards on WVU’s roster that could possibly fill Cottrell’s role are true freshman Taj Thweatt and Seny Ndiaye. At 6-foot-7 and 6-foot-10, both have the size to play forward, but neither has seen the floor much this season with the two only playing a combined 16 minutes.

The Mountaineers’ next game will be on the road against the Oklahoma Sooners. Tip-off will be at 4 p.m. on Saturday, Jan. 2 in the Lloyd Noble Center and the game will be broadcast on ESPN2.

Welcome to the new home of WVU football and basketball breaking news, analysis and recruiting. Like us on Facebook, follow us on Twitter and check us out on YouTube. And don't forget to subscribe for all of our articles delivered directly to your inbox.
Related Topics:Bob HugginsfeatureIsaiah Cottrelljalen bridgesSeny NdiayeTaj ThweattWest VirginiaWVUWVU Basketball
Up Next

Oscar Tshiebwe Has Stepped Away From the WVU Basketball Team