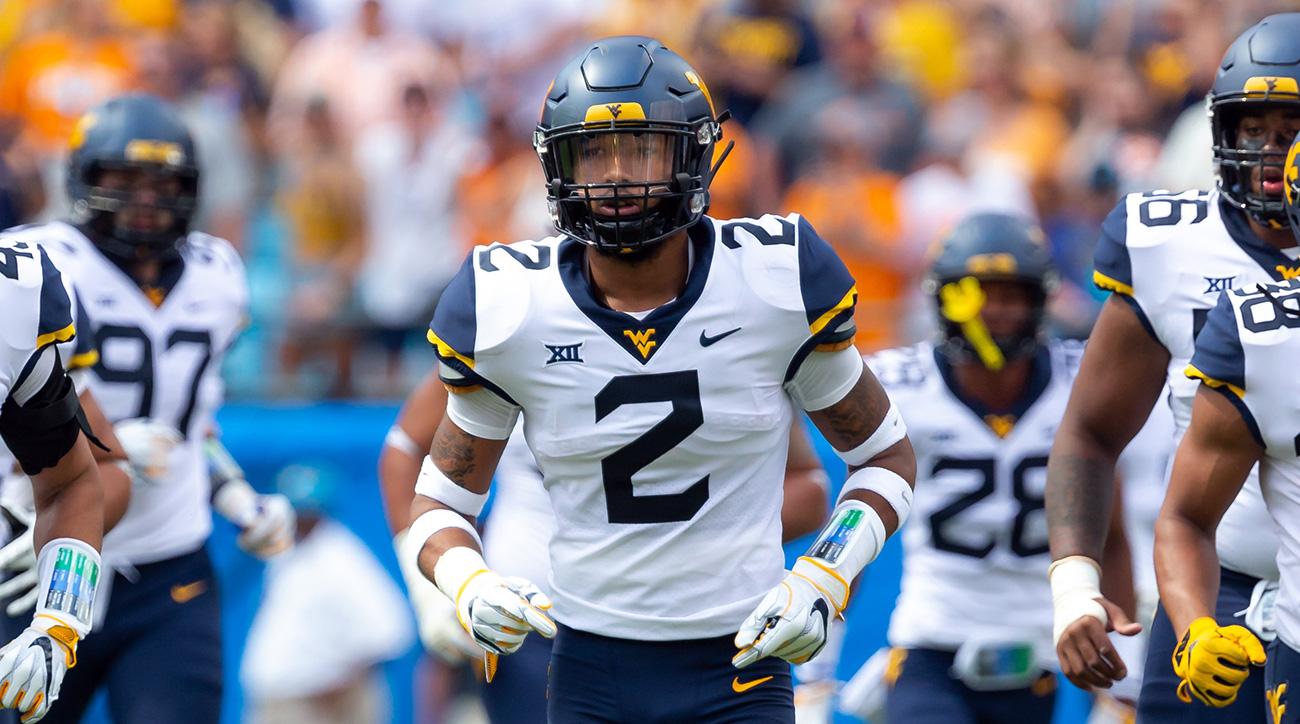 Former Mountaineers safety Kenny Robinson has been drafted by the Carolina Panthers.  The Panthers selected Robinson with the 152nd overall pick in the fifth round.

Robinson came to WVU in 2017 from Wilkinsburg, Pennsylvania and made an immediate impact for the Mountaineers.

As a true freshman, Robinson played in all 13 games, starting eight, and racked up 46 tackles and three interceptions, tied for the team lead. His highlight of the season came against Texas when he returned an interception 94 yards for a touchdown. He was named an Honorable Mention All-Big 12 defensive back following the season.

In 2018 Robinson started 12 games at safety and his production improved across the board. He was second on the team with 77 tackles and second in the Big 12 with four interceptions. His best game came against Texas Tech when he intercepted two passes and made a career-high eight tackles. He was named to the All-Big 12 First Team as a defensive back.

After the 2018 season, Robinson entered the transfer portal after being dismissed from WVU for an academic misconduct violation but could not find a new college home.

Wanting to keep his football dreams alive, Robinson opted to enter the XFL draft where he was selected by the St. Louis BattleHawks. Robinson was one of the few players to forego college eligibility to join the new league. In five professional games in the XFL, Robinson recorded a pair of interceptions.

Robinson’s play in the XFL kept his draft stock high, with ESPN’s Mel Kiper Jr. projecting him as a high day three prospect.

Welcome to the new home of WVU football and basketball breaking news, analysis and recruiting. Like us on Facebook, follow us on Twitter and check us out on YouTube. And don't forget to subscribe for all of our articles delivered directly to your inbox.
Related Topics:BattleHawksfeatureKenny RobinsonNeal BrownNFLNFL DraftWest VirginiaWVUWVU Footballxfl
Up Next