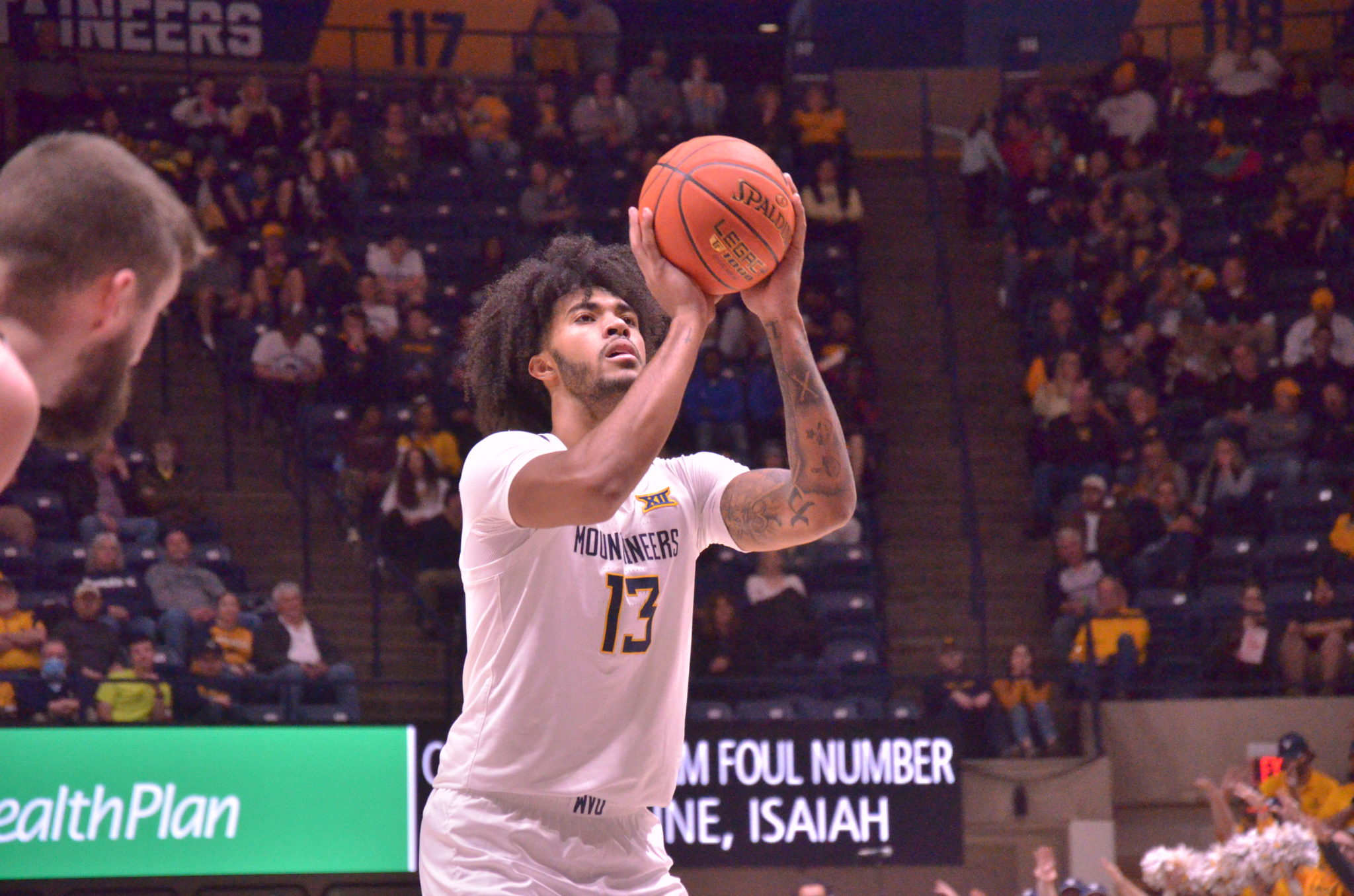 MORGANTOWN, W.Va. – As West Virginia looks to extend their winning streak to four games, let’s take a look at five things to know before the game against Radford.

On Saturday, former WVU guard Darris Nichols will make history, as he becomes the second Mountaineer to ever come back and coach against his alma mater.

Nichols was hired by Radford in April 2021. WVU head coach Bob Huggins isn’t sure if his staff scheduled Radford before or after Nichols’ hiring.

Josh Eilert, the Director of Basketball Operations at WVU, makes all of the scheduling decisions with the approval of Huggins.

Nichols spent his colligate playing career at West Virginia from 2005-08. The Radford, Virginia, native was apart of the 2005 Elite Eight team, 2-Sweet-16 appearances in 2006 and 2008 and the NIT Champions in 2007. Nichols was coached by John Beilein for his first three seasons and stayed to be coached by Huggins his senior season.

Nichols went on to join Huggins’ staff following graduation, as a grad assistant. The player turned coach then went on to follow coach Mike White while he was at Louisiana Tech and Florida.

Huggins and Nichols will go head-to-head on Saturday.

Under Nichols’ first season, Radford will head into Morgantown with a 4-4 record.

The Highlanders have most notably defeated Eastern Kentucky (88-75), who West Virginia beat by three last week. Radford, through eight games, are 325th in the country in scoring, averaging 63.3 points.

With Nichols being under the Beilein, Huggins and White coaching trees, there are many game plans that he could implement. So, what will WVU see from Radford?

Following a win over Bellarmine, Huggins was frustrated at himself and his staff that they are struggling to manage the rotation well, especially with the young guys.

Freshman Kobe Johnson and redshirt Freshman Isaiah Cottrell have appeared in every game this season, but Seny N’Diaye, Taj Thweatt and Jamel King have struggled to check into the games so far.

N’Diaye has shown major improvement during practice but hasn’t been able to transition that to games.

“We’ve got to get him [N’Diaye] better and you know, that’s on us,” Huggins said. “He’s willing [to get better]. We just got to get them better.”

Huggins announced on Friday during his press conference that freshman Jamel King will ‘probably’ redshirt this season.

If the Mountaineers can pull away from Radford in the second half, expect the freshman and sophomores to get a good amount of playing time.

West Virginia is favored by -18.5 points against Radford.

These types of games are hard to predict because the high-majors throw in the end of the bench towards the end of the game, which makes betting the spread risky. When West Virginia put in Seny N’Diaye, Taj Thweatt and Seth Wilson against Bellarmine, on Tuesday, the Knights went on a 10-0 run to end the game.

It’s up to you if you want to bet on this game, just remember that the end of the game will be crucial in the spread.

You can watch West Virginia take on Radford on Saturday, at 4 p.m., on ESPN+. The non-conference matchup between the Mountaineers and the Highlanders will take place inside the WVU Coliseum.

Welcome to the new home of WVU football and basketball breaking news, analysis and recruiting. Like us on Facebook, follow us on Twitter and check us out on YouTube. And don't forget to subscribe for all of our articles delivered directly to your inbox.
Related Topics:Bob HugginsDarris NicholsfeatureRadfordWest Virginia Basketball
Up Next

McNeil to Miss Radford Game with Lower Back Injury