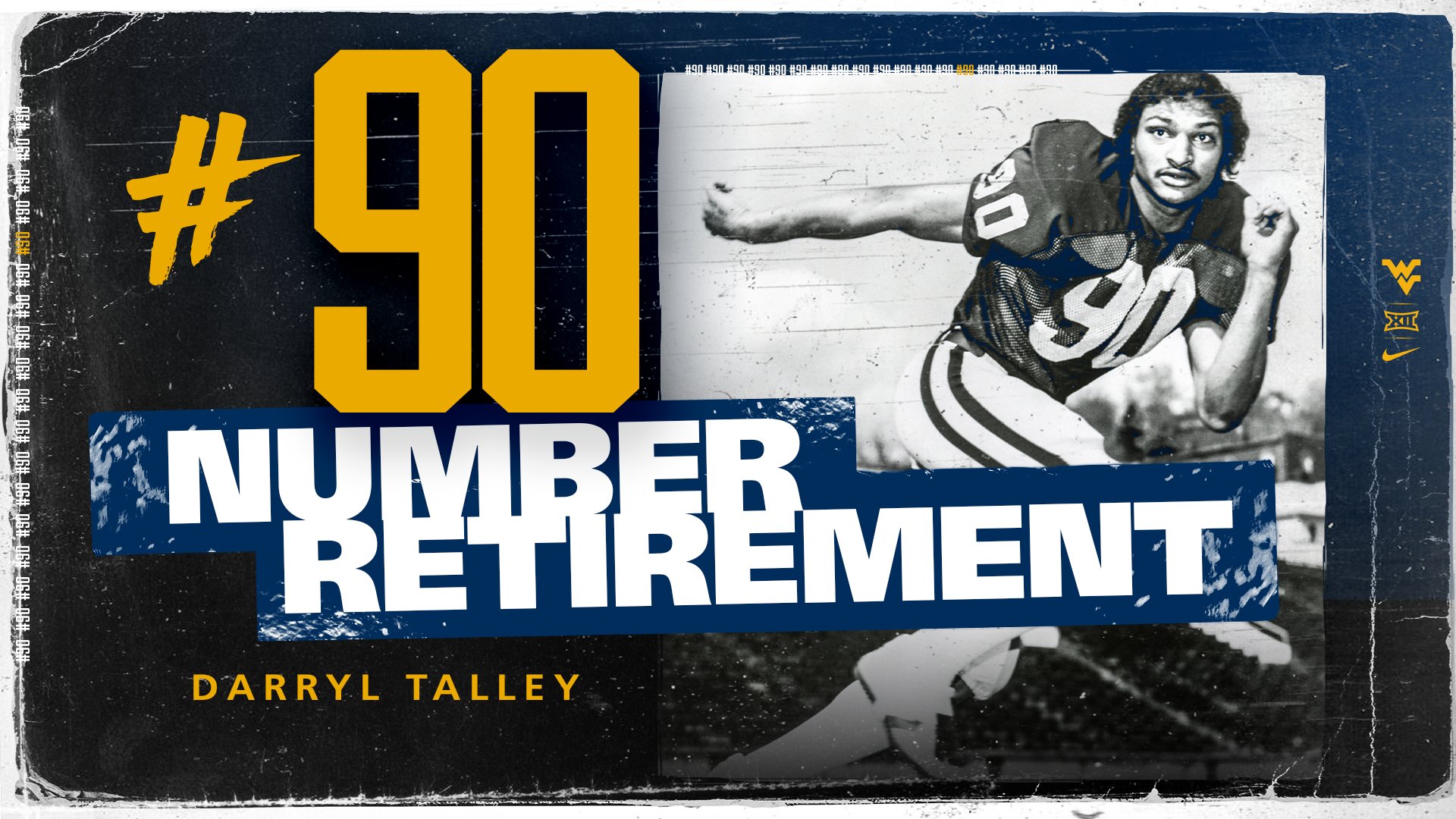 MORGANTOWN, W.Va. – The year was 1891. West Virginia University was in the process of creating its first football team. The roster only featured fourteen players, who combined to record the program’s first loss: a 72-0 beating by Washington & Jefferson in WVU’s only game of the season.

Back then, football players didn’t have any form of identification on their jerseys. In fact, sewing numbers on jerseys for any sport began a full two decades later. 1911 welcomed football uniforms that allowed fans to follow the players from a distance. The WVU football team, now in its 21st season, under head coach Charles Lueder, only numbered players up to 25. On the early teams, roster caps of 30 were instituted, so there were enough numbers to go around.

Jersey numbers, as we know them now, had no correlation to player positions in the early 1900s. As teams grew, though, number intervals were associated with certain position groups. It wasn’t until 1984 that the National Football League instituted the 90-99 interval be worn by defensive linemen and linebackers, but the NCAA had allowed that range in the years leading up to 1984.

In Morgantown, the first No. 90 jersey was worn a decade prior. Defensive tackle Jeff Merrow donned the new number from 1972-74 as the first Mountaineer in program history to do so. He didn’t know it at the time, but he would be the first of only 14 Mountaineer football players to ever wear that number. Merrow finished his Mountaineer career with 275 total tackles, 170 of those solo, along with 22 career tackles for loss. He won the John Russell Award, given to WVU’s top lineman, his senior season in 1974, and helped WVU Football, under late head coach Bobby Bowden, to a 13-10 Peach Bowl victory over NC State, the program’s fourth bowl game win. Add to those accolades a WVU Sports Hall of Fame induction in 2009 and the No. 90 was off to a significant start.

When Merrow graduated, linebacker Ken Braswell wore No. 90. From 1975-78, he recorded 212 tackles, including 110 solo, eight tackles for loss, and three sacks. Although the Frank Cignetti years left Mountaineer fans with much to be desired, the No. 90 jersey continued to gain accolades.

In 1979, Braswell passed the torch to Mountaineer legend Darryl Talley. The linebacker tradition continued as a freshman Talley kicked off his Mountaineer years with a bang. His first three seasons, two under new head coach Don Nehlen, amounted to 349 tackles, 192 solo, and 23 tackles for loss, 12 sacks, and three interceptions. Talley took his team to the 1981 Peach Bowl, where the Mountaineers upset Florida 26-6.

In both 1981 and his senior season in 1982, he won the John Russell Award. 1982 became a turning point for this Mountaineer program, going from half a decade of losing seasons and mediocre football to a top-25 national ranking (No. 17/18) for the first time since 1975. Talley’s senior season was one for the record books. 1982 opened with a stunner season opening victory over No. 9 Oklahoma. In 105-degree heat, Talley pushed through a 102-degree fever to earn that Mountaineer staff its first win of that season.  Even more impressive, a month later, when the Mountaineers played the Pitt Panthers, Talley lined up at nine of the 11 defensive positions at some point in the game, flying around the Panthers. Though WVU didn’t win, Talley’s play (10 tackles, one tackle for loss, an interception, and a blocked punt for a touchdown) set him up for a Consensus All-American honor as the 9-3 season concluded. Talley was the program’s first Consensus All-American since 1955, and was inducted into the WVU Sports Hall of Fame in 1996.

He was drafted to the Buffalo Bills in the second round of the 1983 NFL Draft, and continued to play in Buffalo for 12 seasons. He’s the organization’s all-time leading tackler (1,137), and recorded 38.5 sacks, 12 interceptions for 189 yards and three touchdowns, along with 14 fumble recoveries for 76 yards over his NFL tenure.

2015 saw No. 90 on both sides of the ball. Junior defensive lineman Larry Jefferson and freshman tight end Matt Vucelik (who then switched to No. 45 for his sophomore and junior seasons) wore the jersey, helping the Mountaineers, now under head coach Dan Holgorsen, to a 7-5 record and a 43-42 Cactus Bowl victory over Arizona State.

Between 2017 and 2019, No. 90 was worn by defensive lineman Brenon Thrift. His senior season, he put up four tackles, one solo, and an assist on a tackle for loss, during head coach Neal Brown’s first season.

When Thrift graduated, nose tackle Akheem Mesidor snatched the No. 90. Through two Mountaineer seasons, Mesidor has put up stellar stats. Forty-nine tackles, 28 of which have been unassisted, nine tackles for loss, and six sacks. He’s stepped into Darius Stills’ position, commanding the defense, and has already made a name for himself. A freshman season that found him on the ESPN True Freshman All-American First Team and Al-Big 12 Conference Second and Third Teams set the newest No. 90 for a sophomore year for the record books. He came into 2021 as a Preseason All-Big 12 Second Team member, and his time in the jersey will forever conclude the number’s usage on Mountaineer Field.

Talley’s number will be retired on the field at the Texas Tech game on Oct. 2. It’s only the fourth number that WVU Football has ever retired, joining Sam Huff (75), Ira Errett Rodgers (21), and Bruce Bosley (77).

“There are not that many guys that get their number retired from their university,” Talley told WVU Athletics. “I’ve had hall of famers on my (Bills) team that haven’t had that done for them despite all of the accolades they amassed while they were in college. In order to have something like this happen, you have to do something pretty special, and it’s sort of mind-blowing when you really think about it.”

Mesidor will be allowed to continue wearing the jersey and racking up the stats, but once his Mountaineer career is over, the No. 90 will be enshrined and immortalized. WVU Athletics wanted Mesidor to appreciate the legacy and significance of representing No. 90 during his WVU career, showing him Talley’s highlight reel ahead of the jersey retirement ceremony this Saturday.

Thanks @Akheem_Mes! I look forward to meeting you and the rest of your teammates Saturday. #HailWV https://t.co/SxBMEl73An

Can the Mountaineers Break the Streak? Week 5 vs. Texas Tech