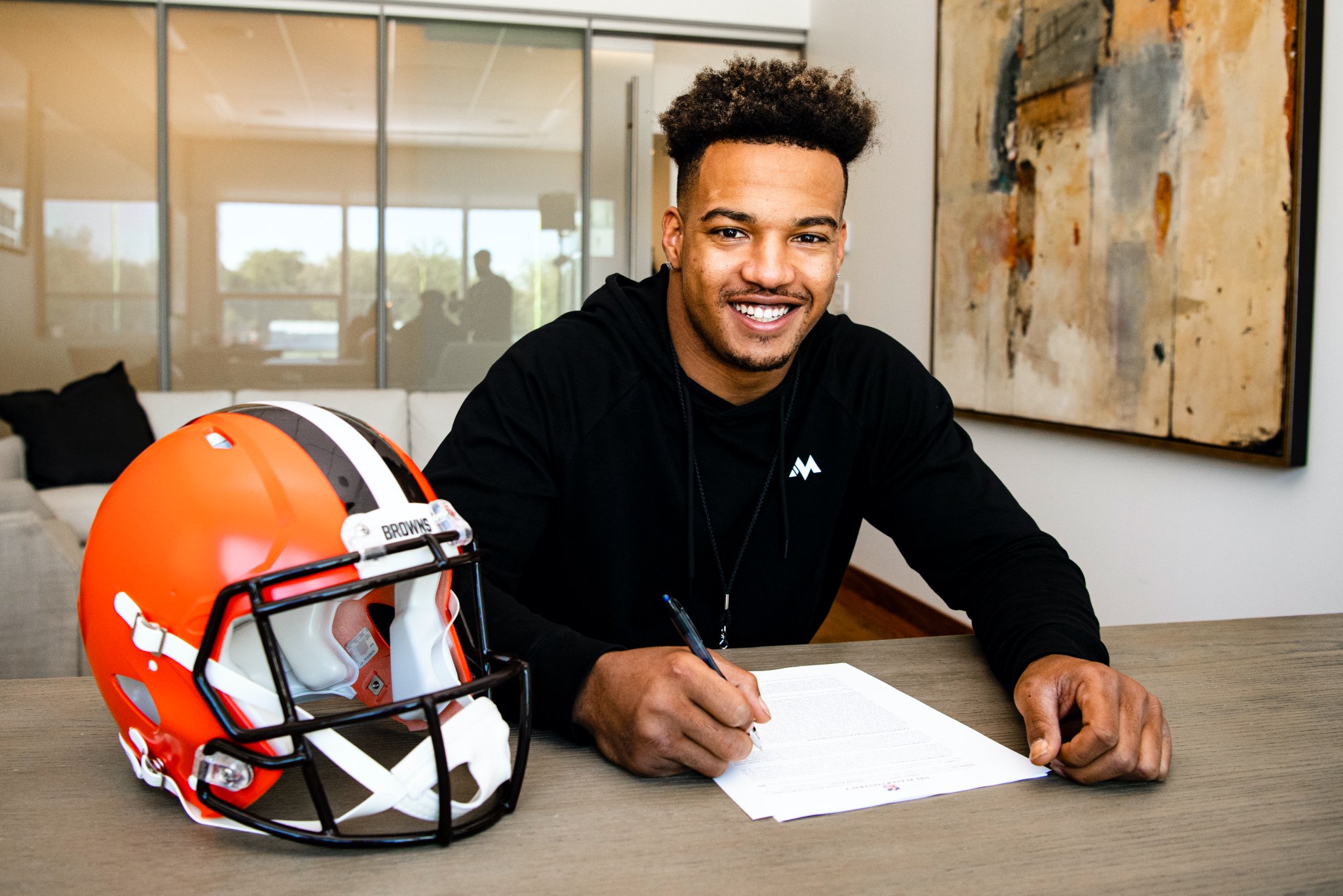 Cleveland selected Fields with the 153rd overall pick in the fifth round of the 2021 NFL Draft earlier this month. He was the only former Mountaineer selected in the seven-round draft. Fields will participate in Cleveland’s rookie minicamp starting this Friday.

Fields played just one season with the Mountaineers after transferring to WVU from Arizona prior to the 2020 season. A native of Las Vegas, Nevada, Fields transferred to WVU following the 2019 season and transitioned to the Will linebacker position. He led the Mountaineers with 88 tackles in 2020 and was named to the All-Big 12 first team and won the Big 12 Defensive Newcomer of the Year award following the season.

Welcome to the new home of WVU football and basketball breaking news, analysis and recruiting. Like us on Facebook, follow us on Twitter and check us out on YouTube. And don't forget to subscribe for all of our articles delivered directly to your inbox.
Related Topics:Cleveland BrownsfeatureNFL DraftTony FieldsWVU Football
Up Next