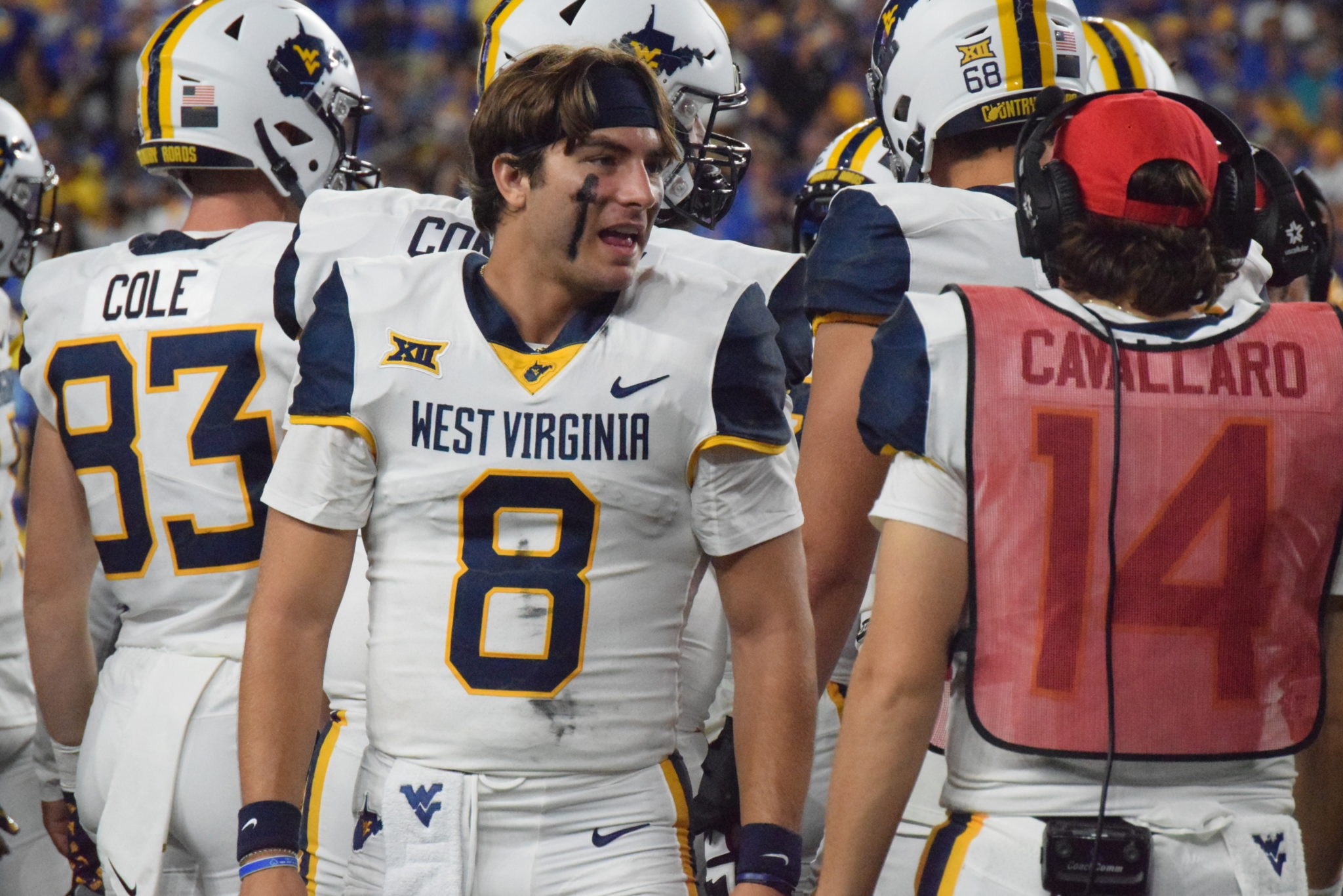 In a game with not much meaning behind it for this season, both West Virginia and Oklahoma State started off bringing some energy to their season-ending battle.

First, it was WVU quarterback Garrett Greene sparking the offense down the field and into the end zone to give the Mountaineers the initial 7-0 lead. Greene capped off the drive with a 36-yard run for the score. Then, it was Oklahoma State quickly responding on their ensuing possession with a touchdown of their own. Cowboys wide receiver Brennan Presley was used on the ground and got his legs into the end zone. The game was then tied 7-7 in the second quarter.

Some stalled drives by the Mountaineers, including freshman quarterback Nicco Marchiol going 0 for 2 when put in to get time with the offense, turned the game into a bit of a defensive battle throughout the rest of the opening half.

An unsportsmanlike penalty, an interception, a turnover on downs and plenty of sloppiness led to WVU being unable to find any success on offense again. Conversely, the Cowboys used a big play from a 43-yard reception by Braydon Johnson to get points on the board and a lead heading into the locker room. West Virginia’s defense did step up in the red zone, holding Oklahoma State to a field goal.

After a hit forced Greene out of the game, it was Marchiol back in getting game action. And his second possession did include a completion and more success than his previous appearance. But then out of nowhere a burst wearing WVU’s white on white uniform combination was seen sprinting through a hole and going 54 yards to get the Mountaineers on top. Jaylen Anderson’s first touchdown of the season gave WVU a 14-10 lead. He then did it again only a few minutes later.

Outdoing himself from his previous touchdown run, Anderson ran 57 yards back into the end zone. Oklahoma State was only able to answer with three, making the score 21-13 in favor of the Mountaineers. He would finish with 155 yards on the day. It took awhile, but the Cowboys eventually got themselves another touchdown. Keeping up the running theme of the game, Ollie Gordon’s 23-yard run proceeded a missed two-point conversion attempt. The two-point fail kept WVU up 21-19 as the game moved into the fourth quarter.

And the final quarter of WVU’s season started off with a fitting highlight for a Mountaineer playing in his last game representing his home state. Defensive lineman Dante Stills recovered a fumble, swinging momentum to West Virginia and adding another tackle for loss to the program record setting total he achieved earlier in the season.

Stills’ efforts did not result in points, but derailed a rare positive drive Oklahoma State, preserving WVU’s small two-point advantage. Neither team could materialize much on offense besides a field goal by WVU, but it was the Mountaineers’ defense that stepped up to maintain the game and secure the win.

Beating Oklahoma State does not get WVU into a bowl game. It does not make the 2022 campaign much better overall. But it does end a disappointing 5-7 season with a win and show some positive things that could offer hope for the future, something that is all West Virginia fans have right now in the midst of uncertainty about who will be guiding the program.

Welcome to the new home of WVU football and basketball breaking news, analysis and recruiting. Like us on Facebook, follow us on Twitter and check us out on YouTube. And don't forget to subscribe for all of our articles delivered directly to your inbox.
Related Topics:Big 12dante stillsfeatureGarrett GreeneJaylen AndersonMike GundyNeal BrownNicco MarchiolOklahoma StateWest VirginiaWVU
Up Next