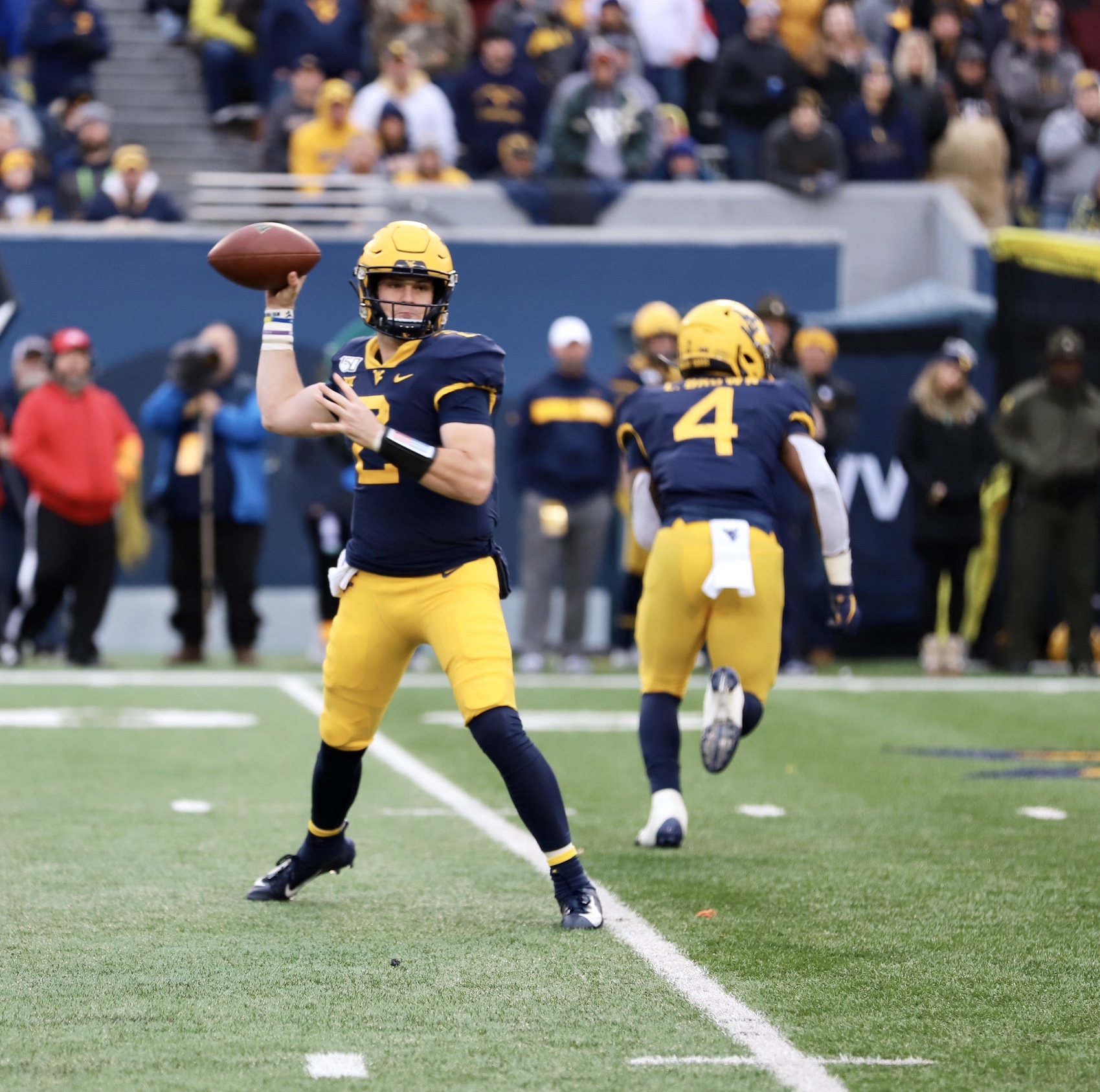 When Neal Brown was hired in January there were three quarterbacks on WVU’s roster; Jack Allison, Trey Lowe III and Trent Jackson. Will Grier and his 3,800 yards and 37 touchdowns were long gone, destined to be selected in the NFL draft in April.

Shortly after taking the West Virginia job, Brown brought in redshirt junior Austin Kendall from Oklahoma and then another junior transfer, Bowling Green’s Jarret Doege, in June. Kendall won the starting job out of camp and kept it for much of the season.

West Virginia’s offense struggled all season and after a five-game losing streak, Doege replaced Kendall as the starter for the final three games of the season. The Mountaineers finished the season last in the Big 12 in both scoring offense and total yards.

After a loss at Oklahoma, Brown said that it had been difficult to evaluate Kendall’s play because of how poorly the rest of the offense was playing around him.

“I don’t think today was a good indictment on Austin, I don’t know if this season has been because we have just not played well enough around him,” Brown said. “Outside of two games we haven’t been able to establish any type of running game around him.”

WVU finished the year as the worst rushing team in the Big 12 by far, 805 yards behind Iowa State who was second to last. When Doege first replaced Kendall in the fourth quarter against Texas Tech, Brown said that quarterback play was not WVU’s issue on offense.

Doege provided some hope near the end of the season. The team won two of his three starts, road victories at Kansas State and TCU, and throwing six touchdowns in those games.

Without either quarterback starting for the entire season, it is difficult to compare their stats side-by-side. Using the number of games they played this season, however, you can project their stats over 12 games. Kendall played 7.75 games (injured after one throw against Iowa State and played three quarters versus Texas Tech) and Doege played 3.25 (three starts and the fourth quarter versus Texas Tech). Since you cannot throw for a partial yard or a partial touchdown, any decimals will be rounded.

The two have comparable yards, but Doege has a much better touchdown to interception ratio than Kendal does. In terms of rate stats, Kendall had a 61.5 completion percentage and Doege had 65.8. Kendall has 6.5 yards per attempt and Doege had 6.8.

Overall, Kendall and Doege were very comparable this season outside of touchdowns and interceptions.