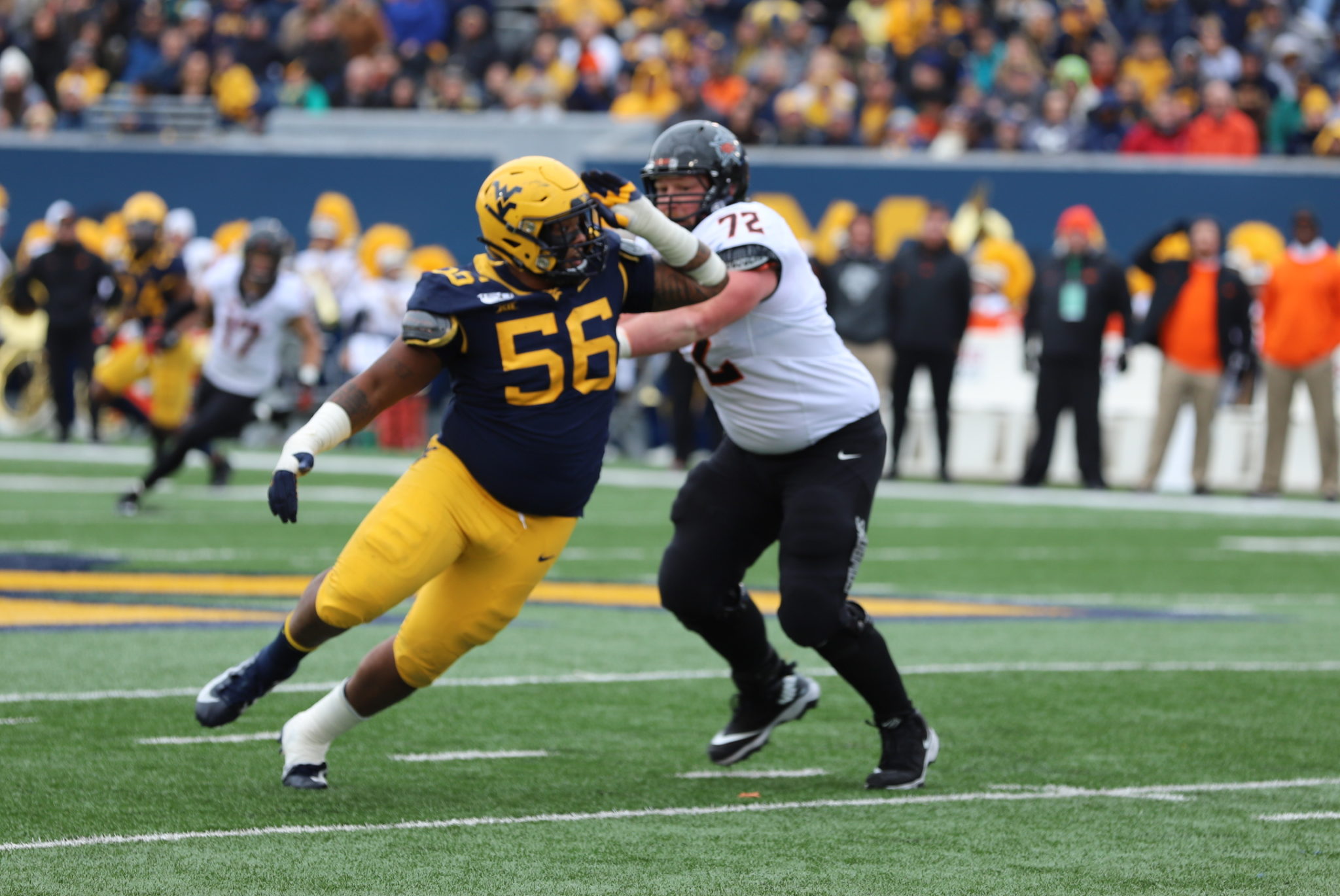 The defensive line should be one of West Virginia football’s strongest positions in 2021.

Anchored in the middles by the Stills brothers, Darius and Dante, and supplemented by ends Jeffery Pooler Jr. and Taijh Alston, WVU’s defensive line should have the talent and the experience to wreak havoc next season. After next season, however, the defensive line has the potential to spiral into one of the team’s weakest areas in a year or two.

This potential fall hinges completely on the player turnover inherent in college athletics. In the 2021 season, Darius Stills and Pooler with both be seniors playing their final year of eligibility and Dante Stills will be a junior who could almost certainly be drafted into the NFL if he wants to leave a year early. Darius already turned down the NFL to return for this season.

Alongside them, Alston and JUCO transfer Quay Mays will both be redshirt-juniors with at most, two years of eligibility left. Even in the best-case scenario where Dante does not declare for the draft and returns in 2021, after that season all six of these players will be gone, barring any sort of major injury or other freak occurrences.

Behind those six upperclassmen, the only player with any sort of playing time left on the roster is sophomore Jordan Jefferson, who played 196 snaps on defense last season, collecting five tackles.

Of course, WVU head coach Neal Brown has seen this potential weakness and has already taken steps for the future. Alongside Mays in the 2020 recruiting class, Brown brought in two other defensive linemen, Sean Martin and Akheem Mesidor.

The defensive line has been one of Brown hardest recruited areas for the 2021 class and that trend should continue given the talent WVU is set to lose along the line in the coming years.

Welcome to the new home of WVU football and basketball breaking news, analysis and recruiting. Like us on Facebook, follow us on Twitter and check us out on YouTube. And don't forget to subscribe for all of our articles delivered directly to your inbox.
Related Topics:dante stillsDarius Stillsfeaturefootball recruitingHammond RussellNeal BrownWest VirginiaWVUWVU Football
Up Next