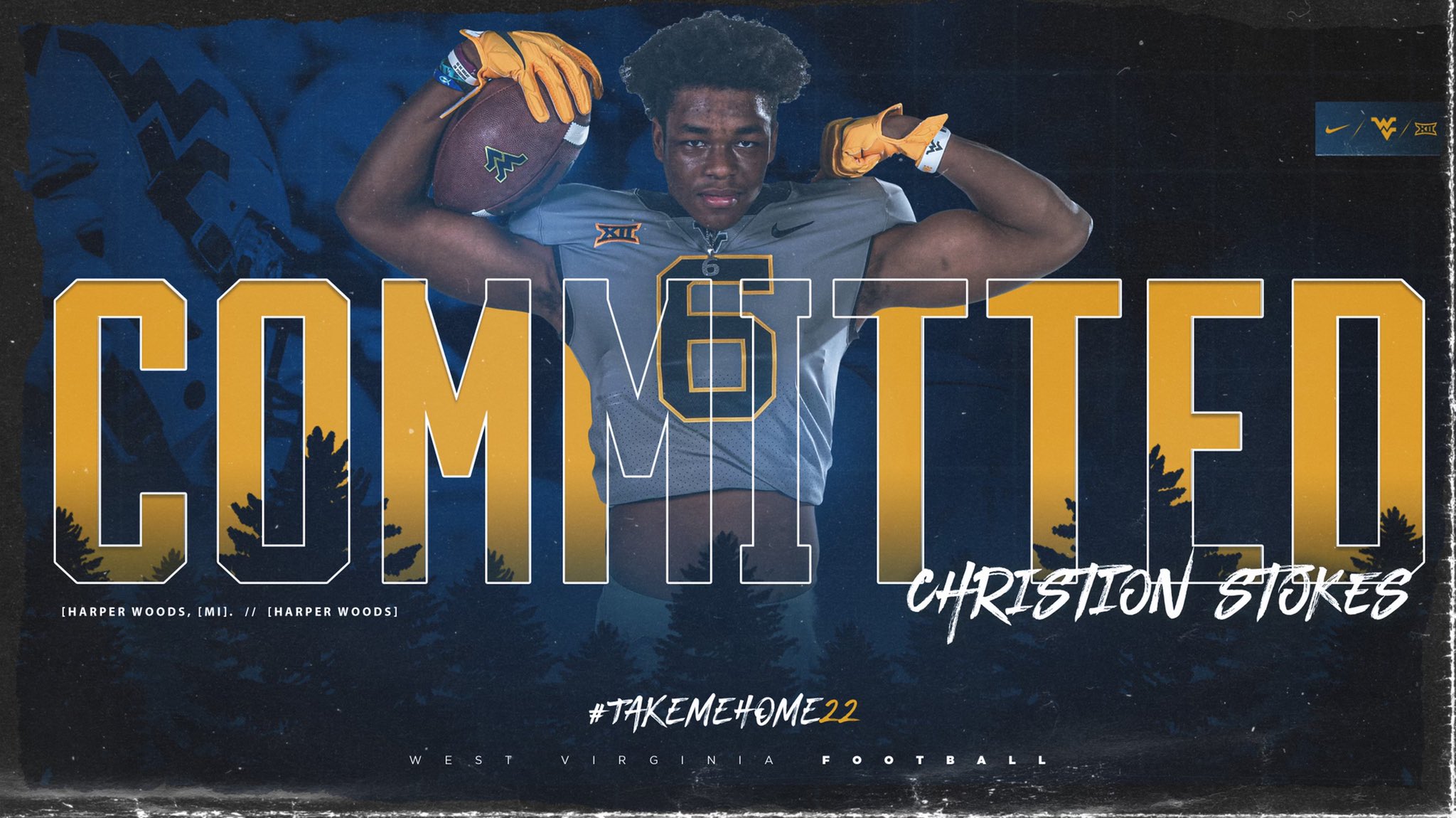 After missing out on 3-star defensive end Q’yaeir Price this afternoon, West Virginia made sure to lock up the 13th member of its 2022 recruiting class in 3-star athlete Christion Stokes.

While both 247Sports and Rivals projected Stokes to land with WVU, it wasn’t a done deal until his official tweet Saturday evening. The 494th-ranked recruit in the cycle, Stokes provides WVU another big-time athlete with the potential to play on both the offensive and defensive sides of the ball.

Stokes’s visit on June 4 gave WVU the early lead, his connection with fellow Detroit high schooler and WVU target 4-star Jaden Mangham and interaction with WVU commits showing the bonds he made while in Morgantown.