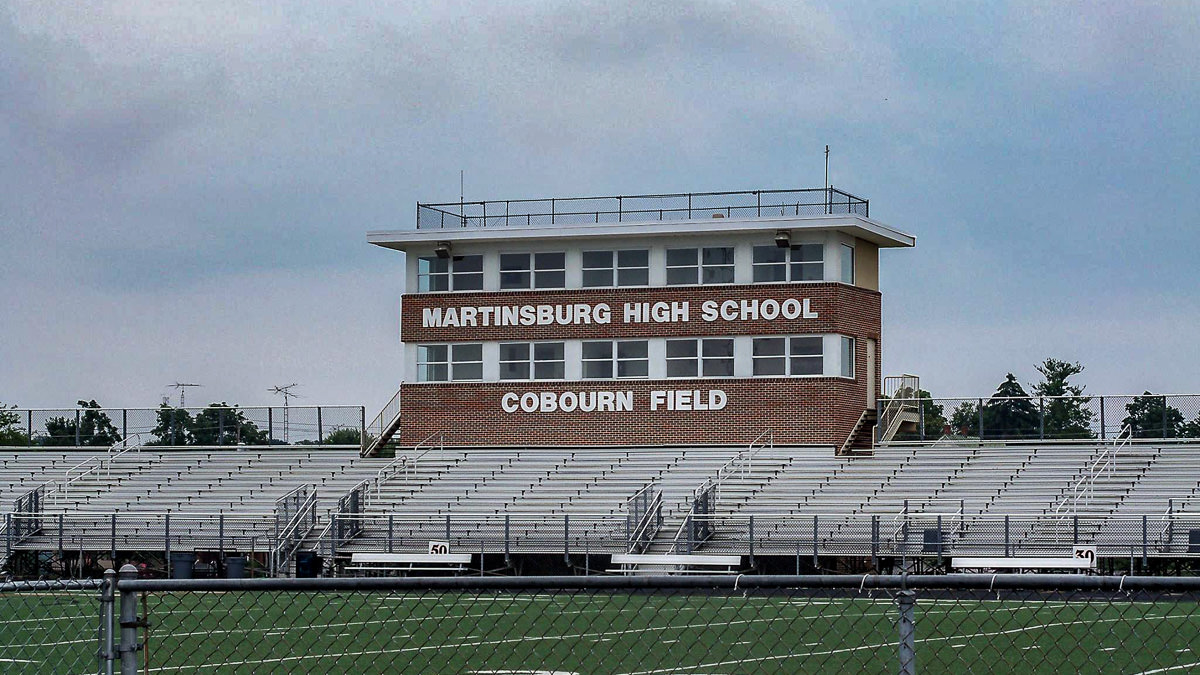 If you predicted prior to the 2020 West Virginia high school football season an eventual clash between Martinsburg and Spring Valley, you probably figured it would come at Wheeling Island Stadium in December.

Instead, thanks to the scramble to fill games due to the West Virginia COVID-19 school reentry map shutting down sports in parts of the state, the four-time defending Class AAA state champion Bulldogs and the Timberwolves are set to meet Friday at Martinsburg’s Cobourn Field.

It has been a long time since anybody has beaten the Bulldogs, and even longer — much longer, actually — since a team from West Virginia went to Martinsburg and came away with a win. The last time Martinsburg lost a high school football game was to Capital during the 2015 state playoffs in Charleston. That puts the current win streak at 57 games. To find the last time someone from the Mountain State beat the Bulldogs at Cobourn Field, you have to go back nearly 13 years to 2007 when Eastern Panhandle rival Jefferson got them at home.

During that time, however, perhaps no in-state team the caliber of this Spring Valley team has made the trip to the Eastern Panhandle to take on the Bulldogs — almost certainly not for a regular-season game. The Timberwolves were off in Week 2 — a casualty of Wayne County’s status last week on school reentry map — but did get to start their season in impressive fashion the previous week when they blasted visiting Parkersburg 42-7.

You want some star power? This game has it.

Spring Valley’s offensive line is becoming a thing of legend, with WVU commit Wyatt Milum (ranked the No. 6 offensive tackle in the country by 247Sports) and Bryce Biggs (a 247Sports three-star recruit with offers from Marshall, Western Kentucky, Southern Miss, Akron, Arkansas State, Kent State and Eastern Michigan, among others) anchoring the group. SV junior tight end Corbin Page has impressed college coaches to the tune of offers from Oregon, Louisville, Virginia Tech, Marshall, Cincinnati and Central Michigan in hand so far. The Timberwolves have a new quarterback in senior Jack Roy — a 6-foot-5 transfer from nearby Fairview High in Kentucky — who was very good in his Mountain State debut against Parkersburg two weeks ago.

Martinsburg, meanwhile, features perhaps the state’s best one-two punch at running back with Naieem Kearny and Kevon Warren. Senior Anthony Smith is one of the state’s top receivers and defensive backs — he went for 205 receiving yards and three touchdowns in last week’s win against Musselman — and quarterback Peyton Curry looked more than capable in leading the Bulldog offense last week in their season-debut.

There are several other big games around the state set for this weekend. Let’s take a look at some of the best.

Welcome to the new home of WVU football and basketball breaking news, analysis and recruiting. Like us on Facebook, follow us on Twitter and check us out on YouTube. And don't forget to subscribe for all of our articles delivered directly to your inbox.
Related Topics:Bridgeportfairmont seniorfeatureHuntingtonIndependence HighJohn MarshallLewis CountyMartinsburgOak GlenRipleyRitchie CountyShady SpringSpring ValleySt. MarysTolsiaWayneWheeling ParkWV High School Footballwvprepfb
Up Next