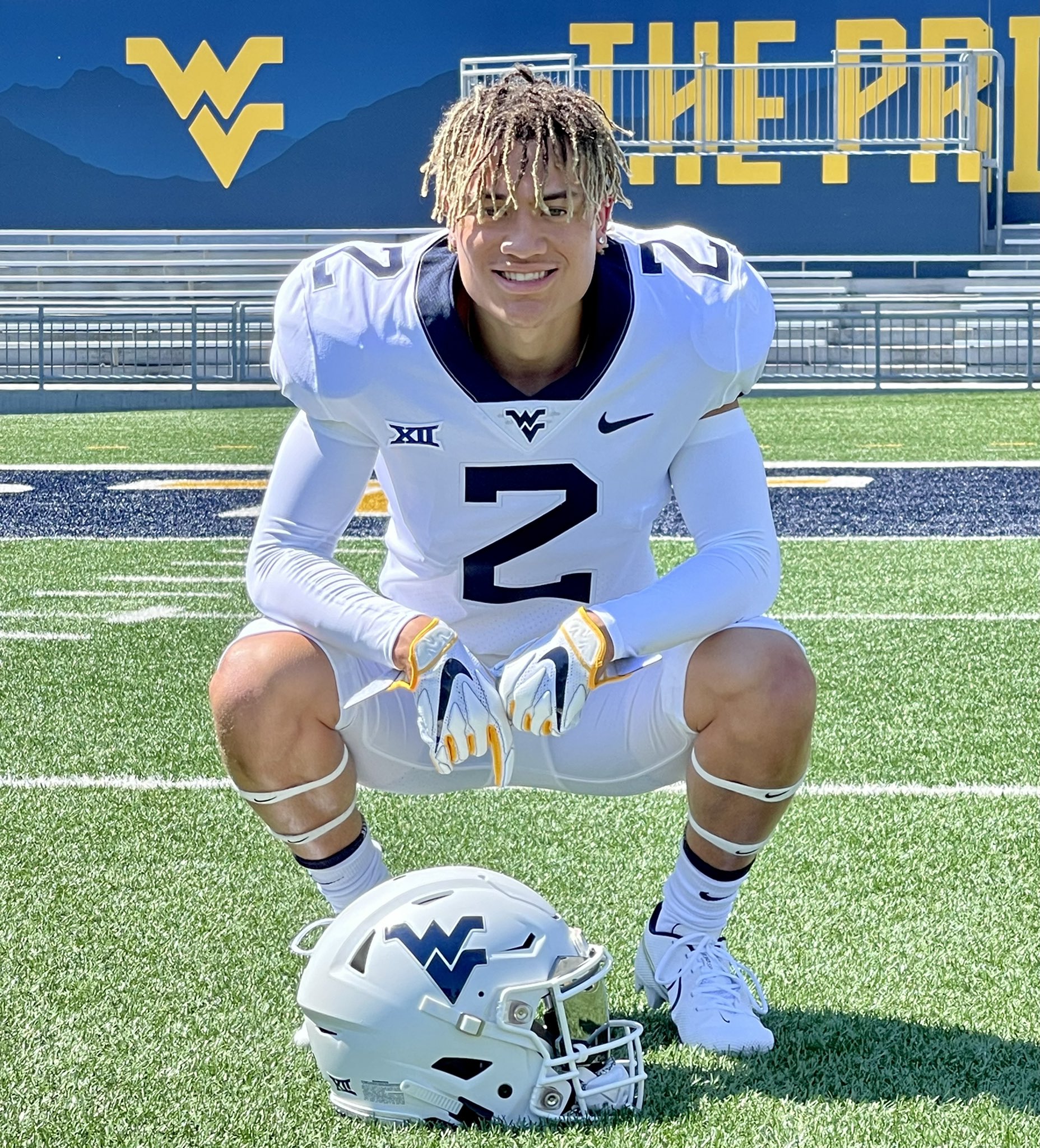 It’s going to be a busy summer for Rodney Gallagher, and West Virginia was able to strike the iron while it’s hot and bring him in for an early visit.

The 2023 four-star dual-sport athlete from Laurel Highlands High School in Uniontown, Pennsylvania made an unofficial visit to WVU on Saturday. Gallagher (6-foot, 170 pounds) is a fou-star wide receiver and four-star point guard and is the top-ranked recruit in Pennsylvania in both sports.

While Gallagher spent most of his time in Morgantown for football, he did get a chance to meet up with the WVU basketball coaching staff, too. Since WVU football was hosting a couple of official visits, he said he wasn’t able to meet with the entire staff, but WVU safeties coach Dontae Wright was able to show him around.

Gallagher said he found out everything he had been hoping to in anticipation of his visit, and he was actually surprised with what he saw. He said he didn’t know that WVU had all the facilities that it does.

“It was great,” Gallagher told WVSN. “Both sides of their facilities were nice, and I liked the staff a lot. The campus overall was just really nice.”

Gallagher has made it known that he wants to play football and basketball in college, and WVU is one of the few schools so far to offer him in both, so getting the chance to meet and talk with Wright and WVU head coach Bob Huggins and assistant Erik Martin was huge — even if he couldn’t actually sit down with Huggins.

“I can tell that they care a lot about their players, and want to help grow as much as possible,” Gallagher said. “It seems like two great programs.”

The WVU campus and facilities may have been really nice, and he may have gotten a photoshoot with his own WVU football jersey, but Gallagher’s favorite part of the visit was just getting to make some connections with the coaches.

With unofficial visits to Pittsburgh and Ohio State already this June, and Penn State and Ohio State again (for basketball this time) planned to finish off the month, Gallagher’s recruitment process is only going to heat up. However, WVU is definitely in consideration moving forward.

“Yeah, like I said, I do like the campus a lot,” Gallagher said. “It’s very nice. Whatever is best for me, I’ll make that decision when it’s time.”

Welcome to the new home of WVU football and basketball breaking news, analysis and recruiting. Like us on Facebook, follow us on Twitter and check us out on YouTube. And don't forget to subscribe for all of our articles delivered directly to your inbox.
Related Topics:featureRodney GallagherWVUWVU BasketballWVU Basketball RecruitingWVU FootballWVU Football Recruiting
Up Next