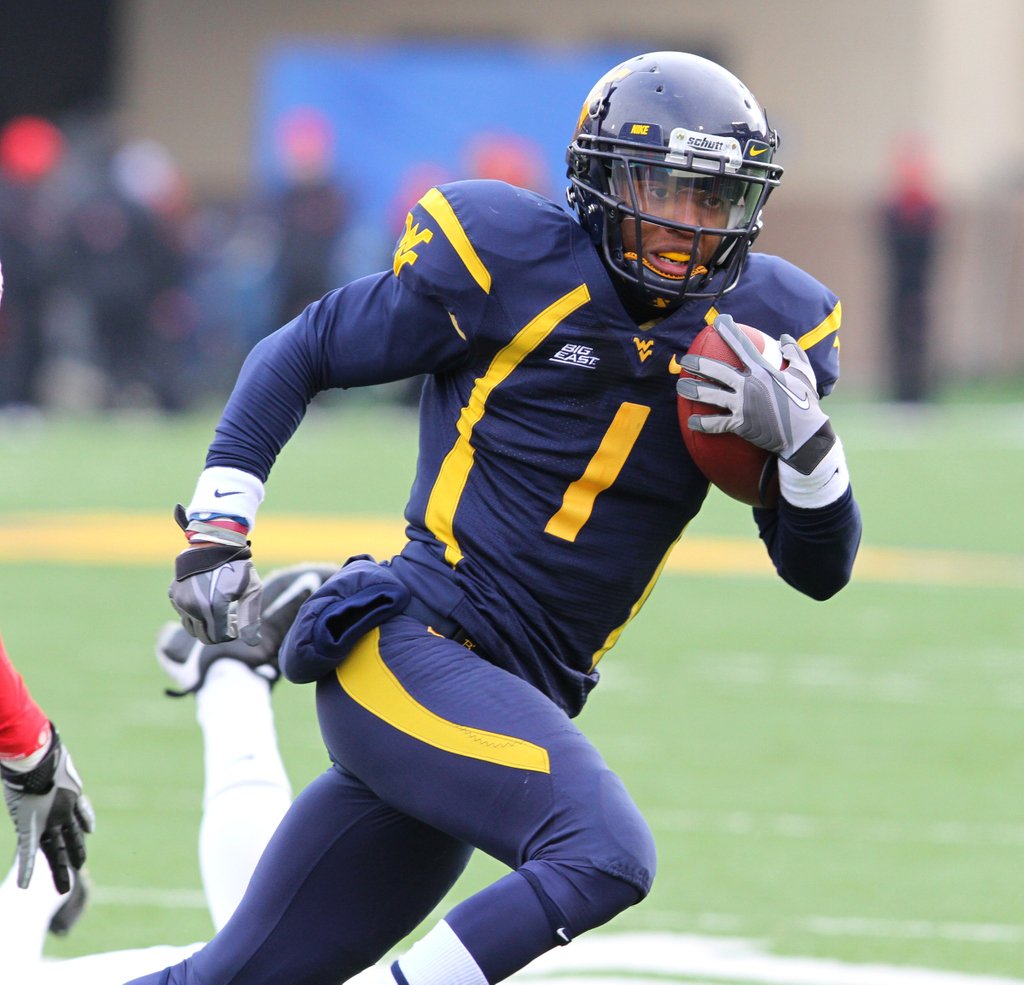 Bill Connelly of ESPN took on a monumental task recently, publishing a ranking of the top 50 college receivers of the last 50 years earlier this week. There was little doubt that West Virginia’s own Randy Moss would top the list, but WVU playmaker Tavon Austin also made the list, coming in at no. 37.

Moss, who technically only played one season of FBS football, was the clear-cut choice for no. 1 according to Connelly. After not making it into Notre Dame and being dismissed from Florida State, the native of Rand, WV landed at Marshall in 1996.

In his first season, Moss caught 78 passes for 1,709 yards and 28 touchdowns as the Thundering Herd won the FCS national championship. Jumping up to FBS in 1997, Moss made 96 receptions for 1,820 yards and 26 touchdowns. Moss then, of course, went on to have a 14-year, hall of fame career in the NFL.

Connelly ranked Austin, the electric WVU playmaker, at no. 37, highlighting his role in Dana Holgorsen’s air raid offense and his Heisman campaign in 2012. Austin gained 4,446 yards from scrimmage as a Mountaineer from 2009-12 with 40 total touchdowns.

As a senior, Austin caught 114 passes for 1,289 yards and 12 touchdowns and also ran for 643 yards on the ground and three more touchdowns. Austin also had a kick and punt return touchdown and finished eighth in Heisman voting. Austin was taken eighth-overall in the 2012 NFL draft and recently signed a contract with the Green Bay Packers.

Welcome to the new home of WVU football and basketball breaking news, analysis and recruiting. Like us on Facebook, follow us on Twitter and check us out on YouTube. And don't forget to subscribe for all of our articles delivered directly to your inbox.
Related Topics:featureMarshall FootballRandy MossTavon AustinWVU Football
Up Next