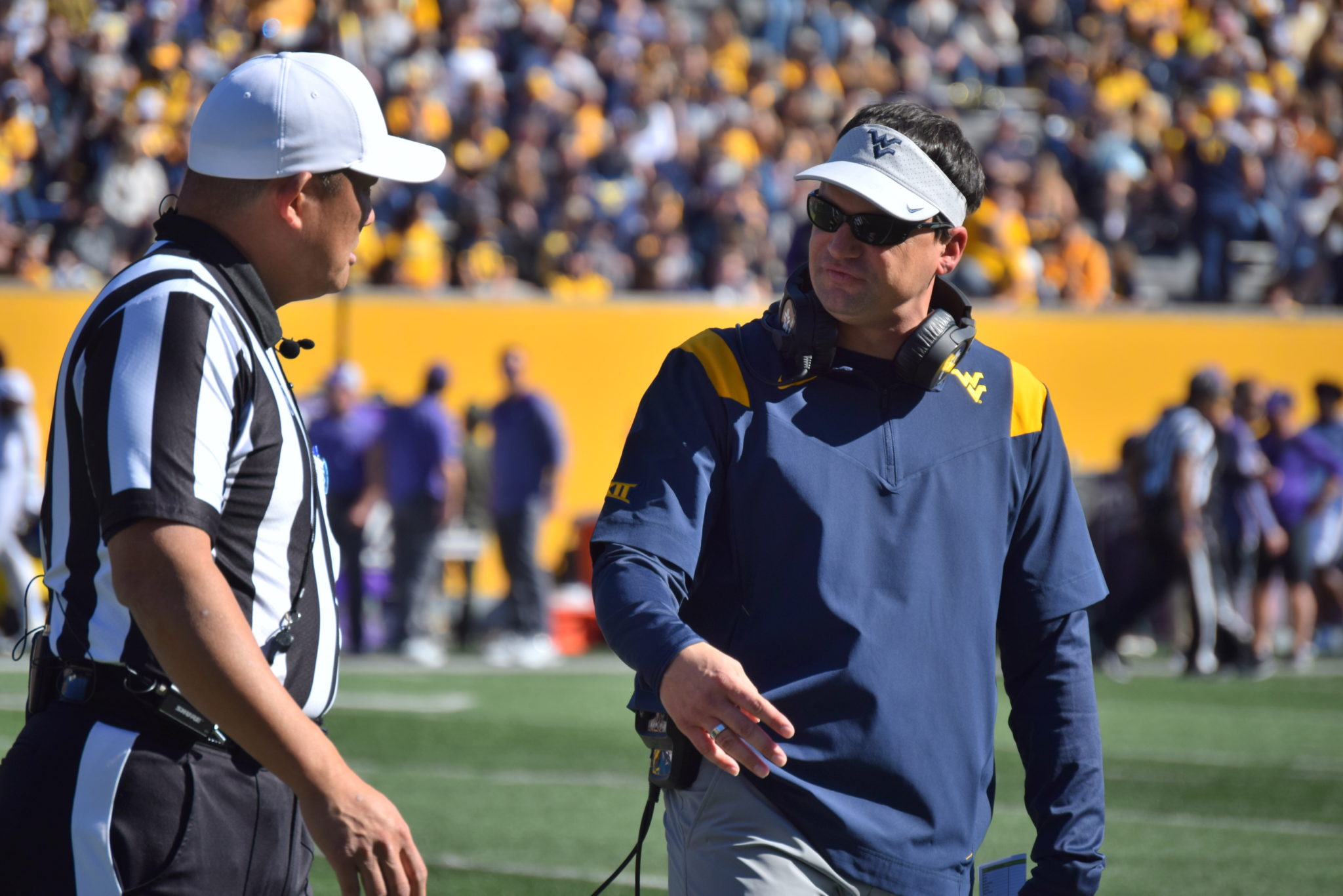 MORGANTOWN, W.Va – A loss is a loss, but a loss stings even more when it one of five through eight games. West Virginia head coach Neal Brown came off extremely frustrated after his team’s loss to TCU due to some controversy towards the end of the game.

“If that’s not pass interference, I don’t know what is,” Brown said when asked about a 4th down throw that saw wide receiver Kaden Prather pulled down prior to the ball getting to where he was in the back of the end zone.

“Our kid doesn’t have a chance to make a play,” Brown proclaimed when going over the turn of events with Prather.

This was a pivotal point of a back and forth game that WVU eventually lost 40-31 to a TCU team that remains undefeated and entered the day ranked number 7 nationally.

“If somebody can tell me what pass interference is, let me know.”

WVU HC Neal Brown is still fired up about not getting the PI call. “If that’s not pass interference, I don’t know what it is.”

Needless to say, Brown was hot about not getting the pass interference call. He let the referees know his displeasure right after the no call too. But instead of a new set of downs, WVU turned the ball over on downs and handed it back to TCU to churn time off the clock. The Horned Frogs didn’t end up scoring on that drive, as they added another touchdown with the game already locked up later, but a pass interference call would’ve continued the Mountaineers’ scoring effort on that drive in a game where every possession truly mattered.

While it’s fair to argue one moment did not single handily cost WVU the game and there were other missed opportunities, it’s worth noting that Brown did not worry toeing any conference company line after feeling he was robbed. It remains to be seen if does face any disciplinary measure from the Big 12 for clearly criticizing the officials in a public manner, but when your team is sitting at 3-5 on the season and your job security is constantly discussed, frustrations can boil over to a point of not being able to restrain yourself from unleashing.

Welcome to the new home of WVU football and basketball breaking news, analysis and recruiting. Like us on Facebook, follow us on Twitter and check us out on YouTube. And don't forget to subscribe for all of our articles delivered directly to your inbox.
Related Topics:Big 12College FootballfeatureNeal BrownPass InterferenceRefereesTCUWVU
Up Next