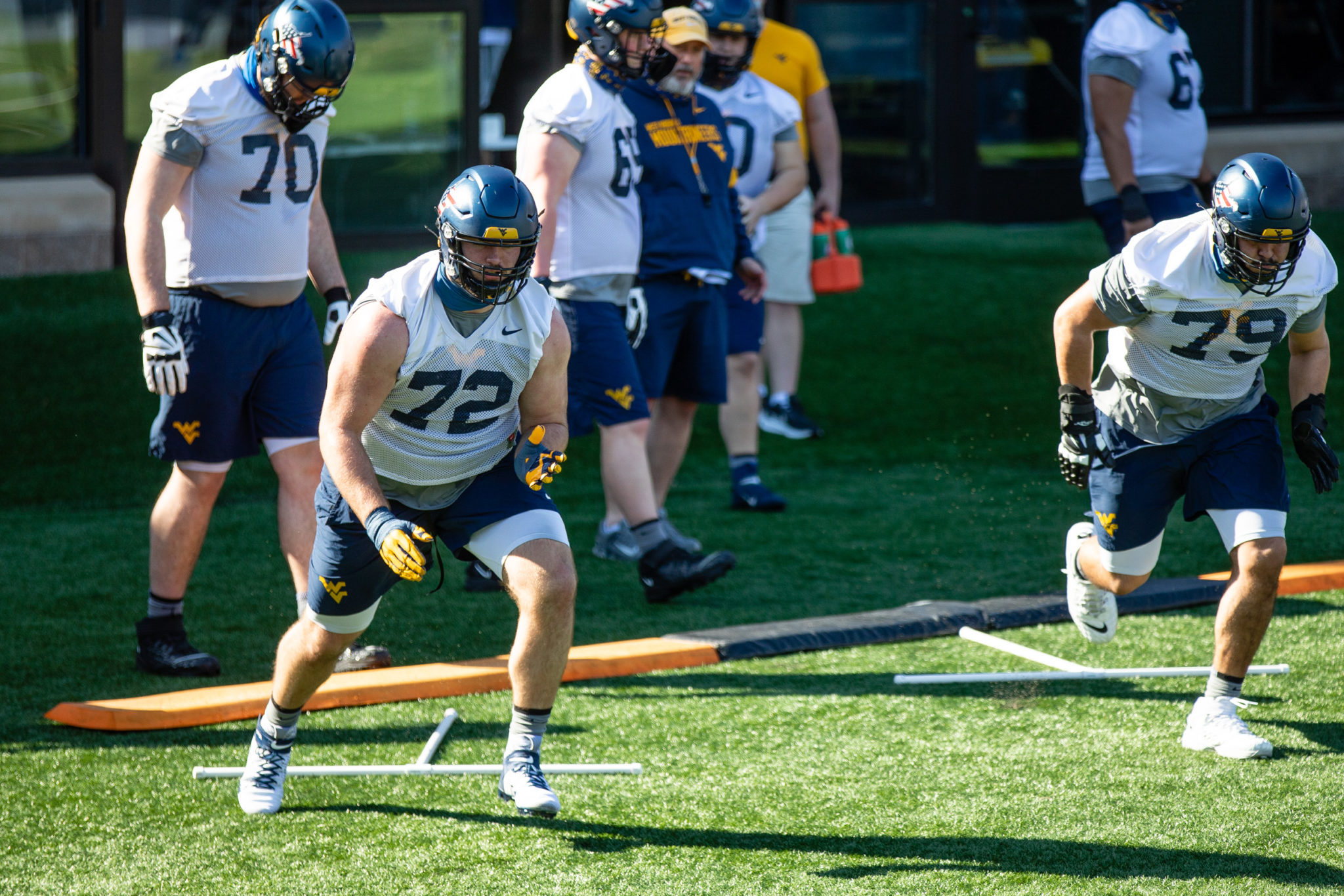 MORGANTOWN, W.Va. — When highlighting the experience of WVU’s offensive line, it’s important to note that the chemistry is the big reason as to why that experience is important.

It’s what each person who has spoken about the offensive line has praised. From coaches to players, including this line of praise from offensive lineman Doug Nestor who spoke to the media on Monday.

“I think our chemistry is just so much better up front,” he said. “You can tell the room has changed a lot since I’ve got here… just the chemistry within there, we’re all so close now. And we’ve all worked so hard together throughout the offseason. I think it’s just a whole different room.”

The vibe may be different in the room, but the room itself hasn’t changed. It’s been well documented how the entire starting offensive line from last year is returning.

Nestor will still have someone new next to him though as the team swapped tackles Wyatt Millum and Brandon Yates, making Yates the new tackle on the right side. That is, assuming, he beats out JaQuay Hubbard who is making a strong push for the job.

”Right now we’re still working on it,” said Nestor on the adjustments to lining up next to a new tackle. “I still got two different people besides me fighting for the position and everything…

The offensive line is well-regarded as the strength of the WVU football offense heading into their season opener against Pitt on September 1 at 7:00 p.m.