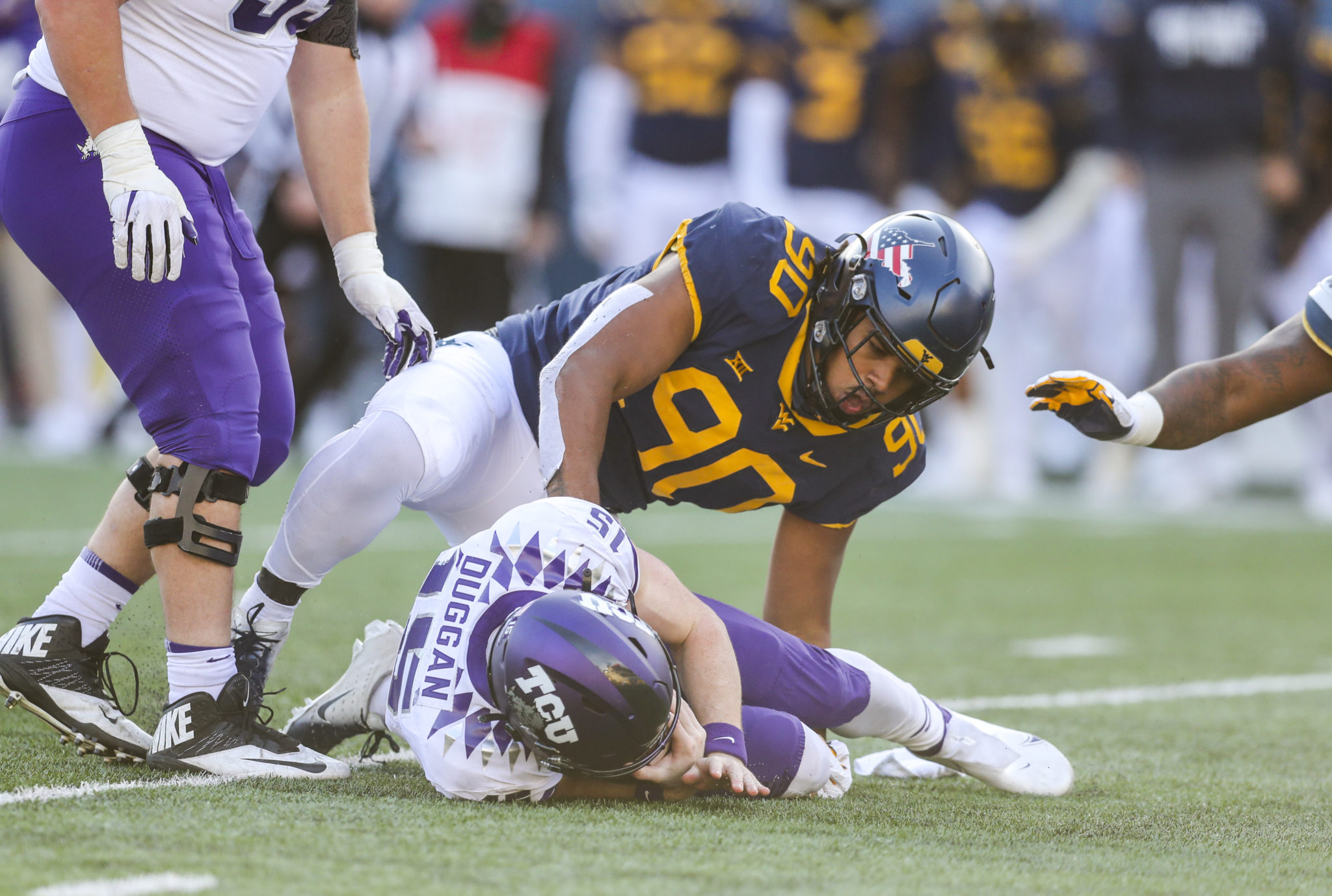 Hours after West Virginia head coach Neal Brown addressed the media to announce the departure of defensive lineman Akheem Mesidor, the former Mountaineer released his own statement on Thursday night.

Mesidor stated that the previous 48 hours have been difficult for him and, as a reason for his transfer, at times feeling unsafe on campus.

“Gold and Blue Nation! Since I can remember, I always wanted to play NCAA football. In Summer of 2020, this dream became a reality when the Mountaineers welcomed me with open arms. Few kids get a chance to live out their dreams and statistically coming from Canada, the odds were against me. I am incredibly blessed to have had the opportunity to be a Mountaineer and it’s been a privilege to serve this University as a player…

I would also like to thank Coach Brown, Coach Lesley, Assistant Coaches and the entire football staff, Strength and Conditioning personnel, medical and academic personnel, support staff, equipment staff and video production, for investing in me and molding me…

To all the teammate I played with, I have the outmost respect for each and everyone of you!…

To my Mom, Sisters, Brother, Family, Friends and Coaches in Canada, thank you for your unwavering support. It truly takes a village!…

After discussing it with my family, praying on it and following my heart, I have decided to officially enter my name into the Transfer Portal. Despite the recent media conference and public speculation, I have decided to transfer for my overall well-being and in pursuit of a better environment for my development on and off the field. These last 48 hours have been extremely challenging and at times. I have felt unsafe on campus. I pray that you can respect my decision and support me in this next chapter. I’m excited for more opportunities to become a better man, teammate and player!…

“I was surprised, I would even say very surprised. I love the kid, so I’m not angry about it. I’m not upset,” Brown said on Thursday’s impromptu media session.

The Ontario, Canada native told head coach Brown that he had entered his name into the portal after compiling a True Freshman All-America campaign and All-Big 12 Second and Third team honors last season. He leaves the Mountaineer program with 70 tackles (44 solo), six sacks, and 7.5 tackles for loss.

Welcome to the new home of WVU football and basketball breaking news, analysis and recruiting. Like us on Facebook, follow us on Twitter and check us out on YouTube. And don't forget to subscribe for all of our articles delivered directly to your inbox.
Related Topics:Akheem MesidorfeatureNeal BrownWest Virginia Football
Up Next