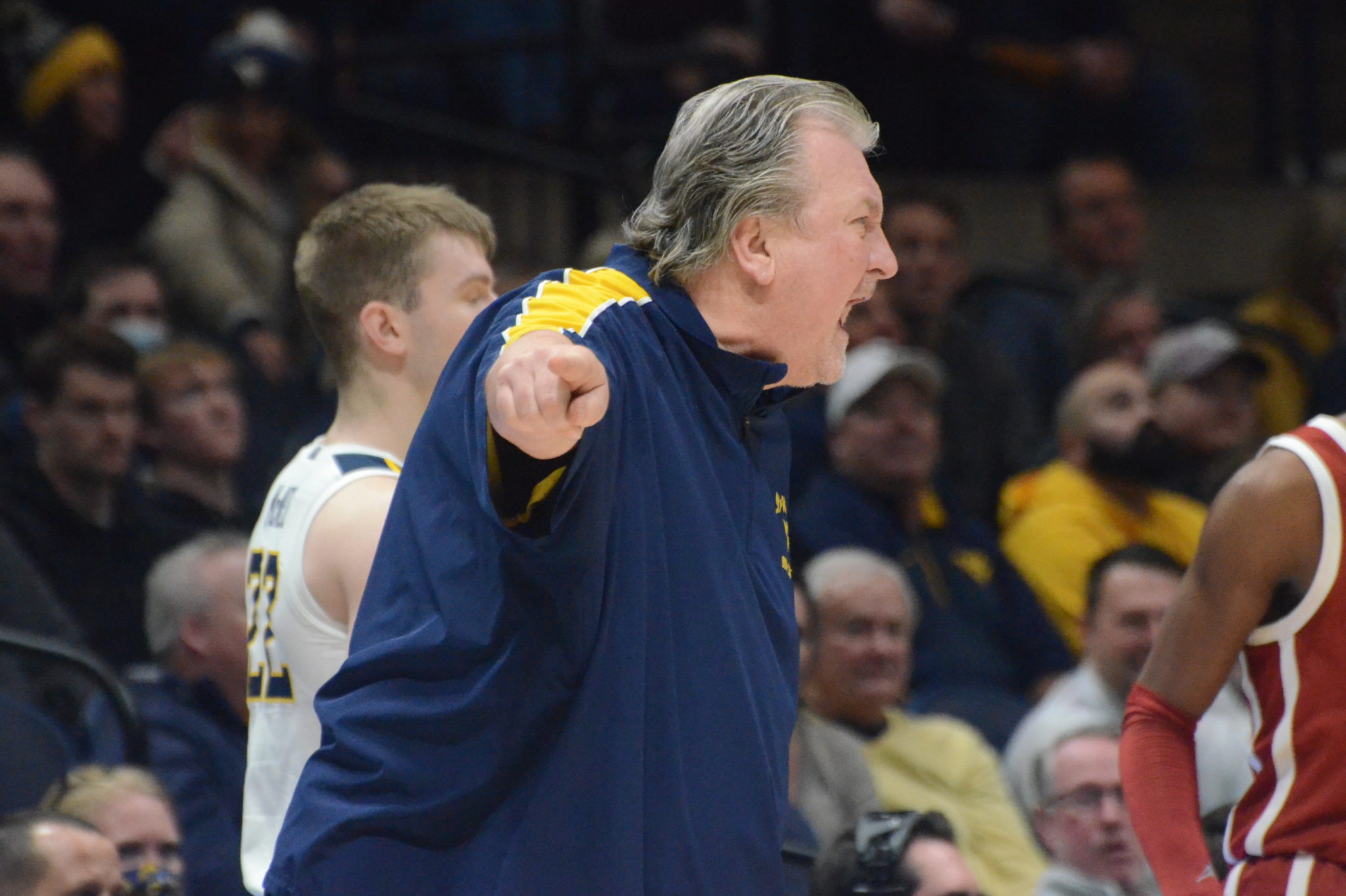 The transfer portal has been kind to West Virginia this offseason. WVU’s coaching staff has been able to receive commitments from Erik Stevenson, Joe Toussaint, Emmitt Matthews Jr. and most recently, Tre Mitchell. With the good news comes the bad as now the team has 14 players, needing to make the 13 scholarship limit.

This is a good problem for WVU to have but unfortunately, somebody is going to have to give up their spot. Let’s take a look at how West Virginia can make up one spot.

1. SEND SOMEONE TO PREP SCHOOL

Prep school isn’t a demotion. Players have been sent there or committed there in the past and have turned out fine. Back in 2019, Jalen Bridges almost went to prep school but decided to come to WVU and redshirt his freshman season. Prep school can go a long way to developing a player and there are many great programs out there.

WVU’s coaching staff would most likely target incoming freshmen Josiah Davis or Josiah Harris to head to prep school for a year. If the staff can keep the selected player’s commitment for another calendar year, that player can come on campus in 2023.

2. PLAYER IS ASKED TO LEAVE

No one wants this option. It’s the reality of college athletics now during the transfer portal era. There’s a limit on scholarships that the NCAA grants to the basketball programs and each team has to accommodate those rules.

There have been thoughts of having a current scholarship player walk-on and make money through his name, image and likeness. That won’t be able to work due to the player having a scholarship. Walk-ons can earn scholarships and then return as walk-ons, but scholarship players aren’t able to transition into walk-on players.

The entire format of the roster could change if the rumors of Courtney Ramey are true. WV Sports Now reported back in April that West Virginia had reached out to Ramey after he entered the transfer portal. Ramey also entered the NBA Draft and is currently working out in Las Vegas. The former Longhorn will have until June 1 to take his name out of the draft. If Ramey does decide to come to WVU, Bob Huggins and his staff will have to make room for two players.