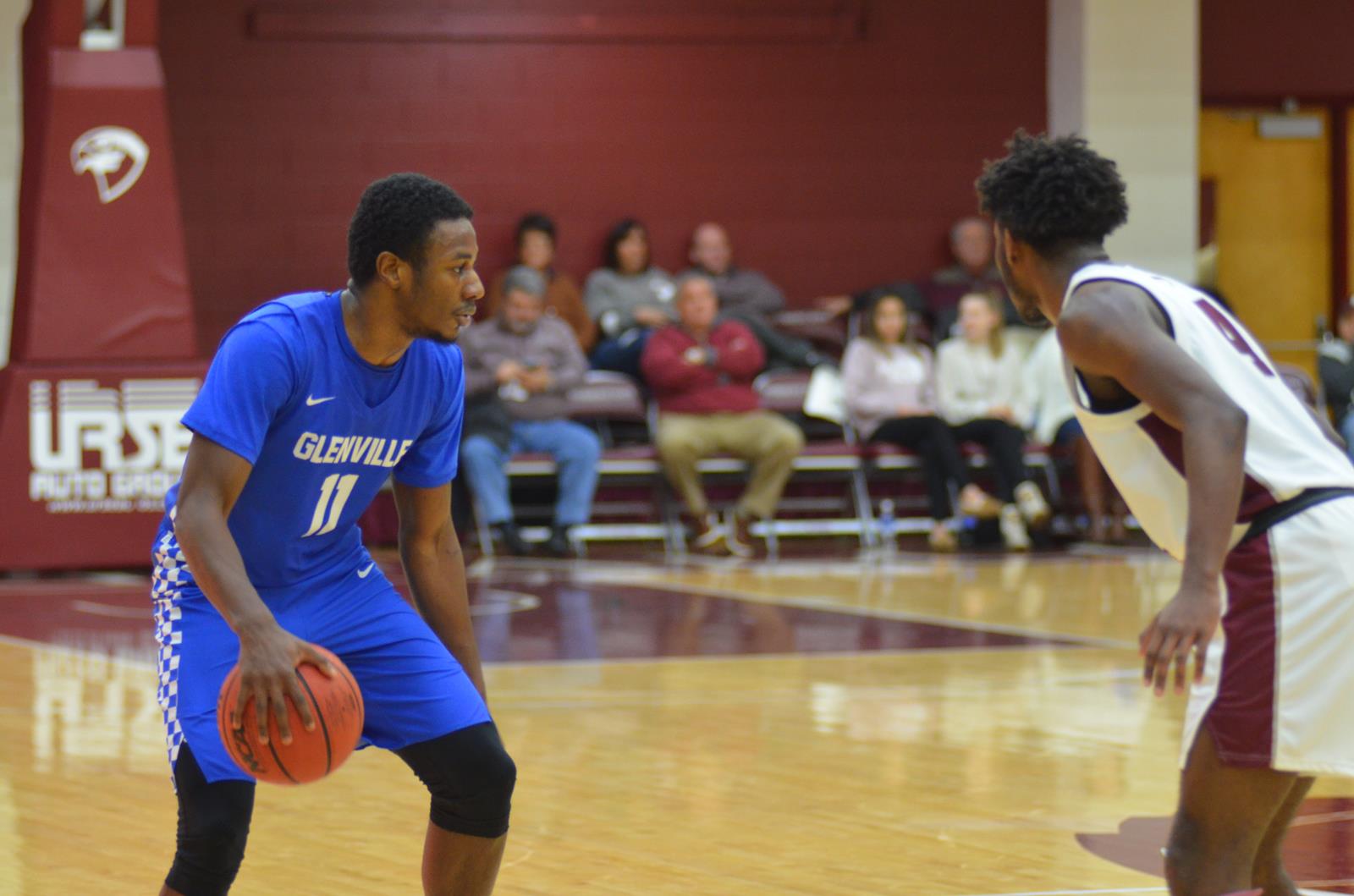 Glenville State's Hegel Augustin is the MEC's leading scorer at 26.5 points per game for the unbeaten Pioneers. (photo via gscpioneers.com)

Glenville State was picked to finish seventh out of the Mountain East Conference’s 12 men’s basketball programs, but so far the Pioneers are one of the surprise stories of the young 2021 season.

Though two weeks of play, GSC owns an unblemished 4-0 record with senior Hegel Augustin leading the way and playing as well as anyone in the MEC at the moment.

The Pioneers got the season started with a 117-114 win against West Virginia State in Institute, with Augustin pouring in 40 points in the upset and has staying hot through two weeks of games.

A senior guard from Queens, New York, Augustin is the MEC’s current leading scorer at 26.7 points per game (106 points in four games). In Saturday’s 106-85 win at West Virginia Wesleyan, Augustin was at it again with a game-high 24 points to go with eight rebounds.

This week will be a tough one for the Pioneers, however, with games at home against Wheeling on Wednesday and on the road at Division II No. 4 West Liberty — the MEC’s only other unbeaten team — on Saturday.

No. 4 West Liberty was the preseason favorite to win the 2021 MEC men’s basketball championship, and though two weeks the Hilltoppers have done their part to back up that pick.

WLU opened the season with wins against Notre Dame College and Alderson Broaddus to set up a battle of unbeaten, nationally ranked teams last week when the Hilltoppers visiting No. 21 Fairmont State — a game West Liberty won 96-84 behind a 20-point performance from two-time All-American Dalton Bolon.

West Lib is the MEC’s top scoring team by a wide margin so far, averaging 112.8 points per game. For the sake of comparison, Glenville State is the league’s second-highest scoring team at 96.3 points per game. The Hilltoppers’ standout trio of Pat Robinson (20.8 points per game), Will Yoakum (20.3) and Bolon (19.5) have been the catalyst for one of the best offensive attacks anywhere in Division II.

WLU has a intriguing stretch of games coming up against contenders for the Hilltoppers’ spot at the top of the league. This week’s schedule includes games at Concord and at home against Glenville State before taking on West Virginia State and Charleston next week.

KANAWHA VALLEY TEAMS BACK ON TRACK?

It was a rough opening night to the 2021 season for the MEC’s two Kanawha Valley schools with both West Virginia State and Charleston getting beat at home.

WVSU’s Glen Abram has been one of the best players in the conference so far, leading the Yellow Jackets with 25.5 points per game. He’s one of four State players averaging double-digits in scoring along with Jeremiah Moore (18.3), Anthony Pittman (16.0) and Augustus Stone (15.3). Pittman, a former basketball and football standout at Charleston’s Capital High, is currently tied with Davis & Elkins’ Breland Walton as the MEC’s top rebounder at 12 rebounds per game.

The Yellow Jackets are set to take on West Virginia Wesleyan on Wednesday in Buckhannon before welcoming Davis & Elkins to Kanahwa County on Saturday. UC has the flipside of that coming up with a Wednesday trip to Elkins to take on D&E before hosting West Virginia Wesleyan on Saturday at the Wehrle Center on the Golden Eagles’ Kanawha City campus.

Welcome to the new home of WVU football and basketball breaking news, analysis and recruiting. Like us on Facebook, follow us on Twitter and check us out on YouTube. And don't forget to subscribe for all of our articles delivered directly to your inbox.
Related Topics:featureGlenville StateHegel AugustinMountain East Conference
Up Next