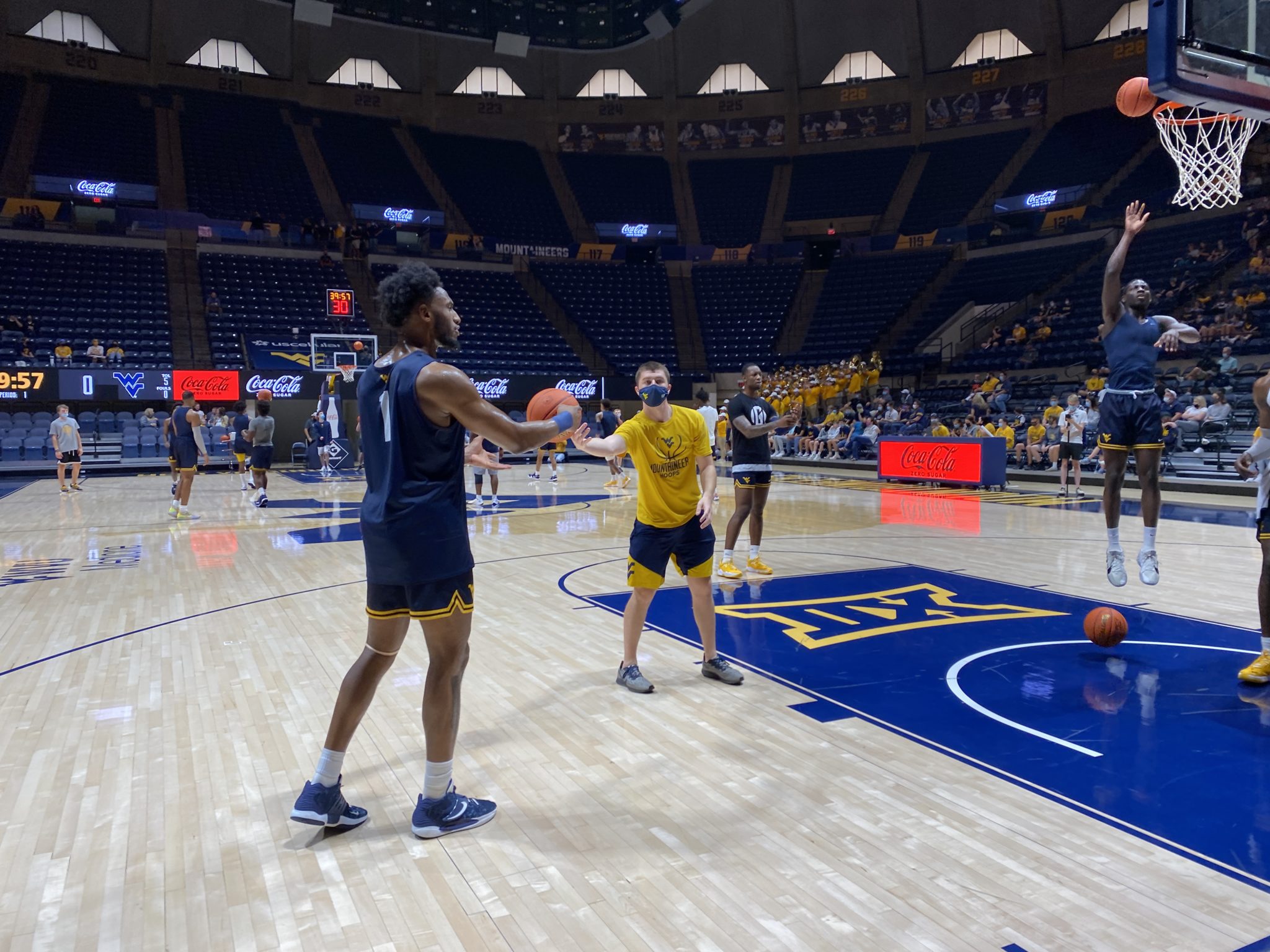 As the countdown of days continue before the start of the season for West Virginia basketball, the team hosted an intra-team scrimmage on Friday night at the WVU Coliseum.

The Gold-Blue Debut was an opportunity for the fans to see the new-look Mountaineers for the first time this season. The 14 players were separated into two teams of seven.

At the end of two 15-minute halves, the gold team defeated the blue team by a final score of 74-57.

Bridges led the gold team with 21 points on 5-of-8 shooting from three.

Redshirt freshman Isaiah Cottrell had 16 points, shooting 7-of-9. Cottrell is coming off of an Achilles injury suffered back in December. The Las Vegas, Nevada native didn’t look like he lost a beat; he looked even better than before the injury. Cottrell, a 6-foot-10 forward, even showed his range making a three.

To round off the high scoring on the gold team, freshman Kobe Johnson finished the scrimmage with 16 points, on 6-of-7 shooting from the field. The Ohio guard shot 4-of-5 from three.

Between the great shooting from Bridges, Cottrell and Johnson, the gold team shot 11-of-22 from deep.

On the blue side, senior guard Sean McNeil led the way with 16 points. McNeil played the transition game well, scoring a few easy lay-ups set up by Kedrian Johnson.

Gabe Osabuohien and Taj Thweatt all showed offensive potential in the intra-team scrimmage.

The last two seasons, Osabuohien seemed conservative on offense, never really driving into the paint. Against his Mountaineer teammates, Osabuohien looked like an improved player on offense. The fifth-year senior had 10 points and, of course, a charge drawn.

In his freshman campaign, Thweatt didn’t see much playing time. Thweatt came into this season as a mysterious player. The fans were able to find out what Thweatt can do on both sides of the ball. The sophomore forward finished with 14 points, making 2-three’s in the process.

Yes, there was also some defense played.

The defense showed some laziness, but remember it was a scrimmage amongst teammates.

West Virginia will take the floor in-front of the fans again on Oct. 29, when Akron comes into town for an exhibition game. The game will start at 7 p.m., with the proceeds going to the Norma Mae Huggins Cancer Research Endowment Fund.

#WVU basketball will be starting the Gold-Blue Debut event at 7 p.m.