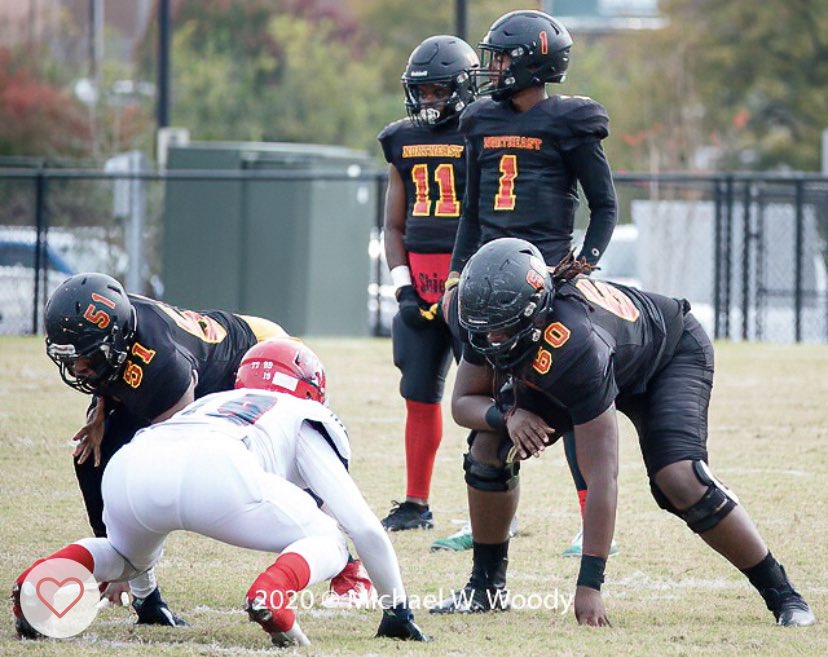 One of West Virginia football’s most recent offers went to a rising prospect from the state of Georgia.

247 Sports rates Williams as one of the top 200 overall recruits and one of the top 10 offensive tackles in the Class of 2023. In an interview this morning with West Virginia Sports Now, Williams admits to not having a ton of knowledge about the Mountaineers program but that will change after his exciting news from Hancock.

“After I sent them my film from the recent Rivals camp, Coach Hancock followed me on Twitter,” Williams tells WV Sports Now. “I sent him my number and he called me. After seeing that film, he told me that the staff decided that they wanted to offer me. I was happy but shocked.”

“It is just so exciting to get an offer from a major program like West Virginia. Sometime bigger programs don’t look yet at players in the 10th grade and the fact that programs are already looking at and offering me is a blessing and I’m just so excited. It’s surprised me that I’ve received this many big offers because I wasn’t expecting them to come this soon.”

Williams tells WV Sports Now that the coaches he’s spoken to like his size and his aggressive style of play. He’s also gotten compliments for the way he’s able to move for his size and the quick footwork he shows at offensive tackle.

“Some things that I want to work on over the next couple of years is my pass protection blocking as well as my overall blocking skills,” said Williams. “I want to work on becoming more aggressive and just become a dominant player.”

Since he’s only a sophomore, Williams isn’t in any hurry to get serious about this recruitment but tells us that since he already has a handful of offers, he plans on monitoring the programs that stay in contact with him and that show that they’re trying to form a solid relationship with him. Williams also is looking for a school that has his future major, which will be sports medicine.

Learned from my family just make it happen, be patient, been trying to stack it🖤 .. pic.twitter.com/RrvbiVrg5i

Williams plans on getting out this summer to make some unofficial visits to schools and has plans to visit both Florida State and Georgia. While nothing is set yet, he says that he’d love to make a visit to Morgantown to learn more about the program and meet the players and coaches.

Welcome to the new home of WVU football and basketball breaking news, analysis and recruiting. Like us on Facebook, follow us on Twitter and check us out on YouTube. And don't forget to subscribe for all of our articles delivered directly to your inbox.
Related Topics:featureJohnny WilliamsWest Virginia FootballWest Virginia Football Recruiting
Up Next