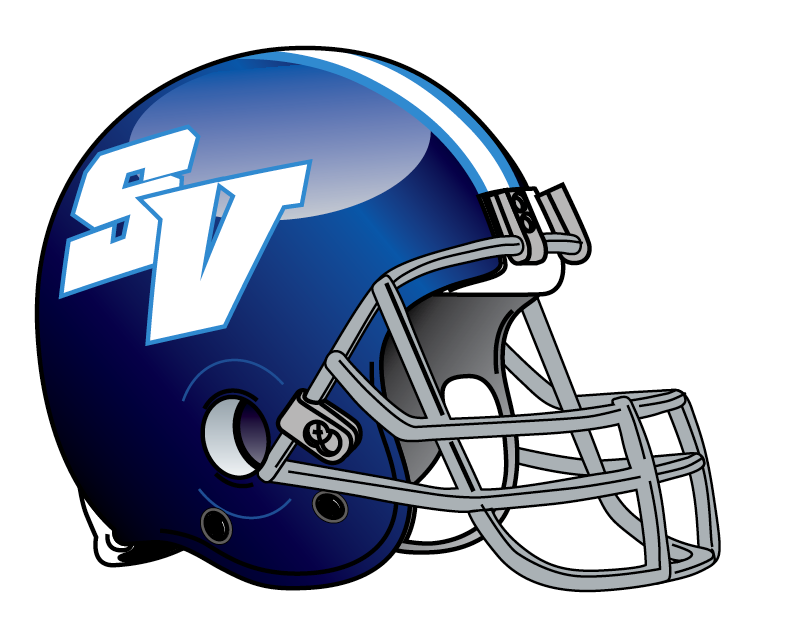 Spring Valley’s power running attack receives a lot of attention, and deservedly, but in arguably the biggest win in program history it was a pass play that might have been the most important in the game.

The Timberwolves were in a tough spot in the fourth quarter Friday at Martinsburg. SV led 15-13, but Martinsburg had just answered a long Wolves scoring drive by finding the end zone in just two plays. With a little more than five minutes remaining in the game, Spring Valley was facing a 4th-and-1 at the Bulldogs’ 41 yard line knowing if they failed and Martinsburg scored there would likely not be much time left to move methodically down the field. If the Timberwolves could get just a single yard and finish the drive with a touchdown, they could be the first team to beat mighty Martinsburg in nearly five years.

SV quarterback Jack Roy took the snap from under center and faked a handoff. When Roy pulled the ball back, he saw teammate Jace Caldwell running free behind the Martinsburg defense. The pass connected and after Caldwell’s catch and run to inside the Bulldogs’ 10 yard line, Spring Valley’s Cole Diamond took a handoff into the end zone for what proved to the game-winning score in a 22-20 victory. Roy’s pass to Caldwell was SV’s only completion of the game, but the Timberwolves made it the only one they needed to snap Martinsburg’s 57-game win streak (second longest in the nation prior to Friday) and also become the first team to beat the Bulldogs at home since 2007.

“That was a big moment for [Roy],” Spring Valley coach Brad Dingess told MetroNews Game Night on Friday. “In a big atmosphere like that, for him to come in — he just had to control the game. There were two really big offensive plays that we had to have in crucial moments — the one bootleg run that he ran and got down there [earlier in the game on a scoring drive] was a big play on third down and that seam pass off the play action there on fourth down was the biggest play of the game I thought.”

So with Martinsburg officially knocked off its pedestal as West Virginia’s top dog, the Wolves take the Bulldogs’ place, right?

Yes, but with a catch. Cabell Midland, just a short trip east on I-64 from Wayne to Cabell County, might have something to say about who the best Class AAA team in the state is. Don’t forget, when Spring Valley and the Knights last met it was a 31-0 Cabell Midland home win in last season’s state semifinals. Earlier in 2019 the Knights went to Spring Valley and won 28-21. Still, that was last season. Spring Valley beat Martinsburg, so for now Spring Valley is the best high school football team in West Virginia. Cabell Midland has looked very good in its wins so far this season against Parkersburg South and Huntington, but South and Huntington are not on the same level as Martinsburg. Not even close.

As it stands now, there is not a scheduled meeting between Midland and Spring Valley this season. With the way schedules have been forced to change on the fly, however, there is some hope the two could still meet before 2020 is done.

Same deal as always here. Five results from each class last week that we haven’t mentioned yet or are worth mentioning again.

Welcome to the new home of WVU football and basketball breaking news, analysis and recruiting. Like us on Facebook, follow us on Twitter and check us out on YouTube. And don't forget to subscribe for all of our articles delivered directly to your inbox.
Related Topics:featureMartinsburgprep football notebookSpring ValleyWV High School Footballwvprepfb
Up Next