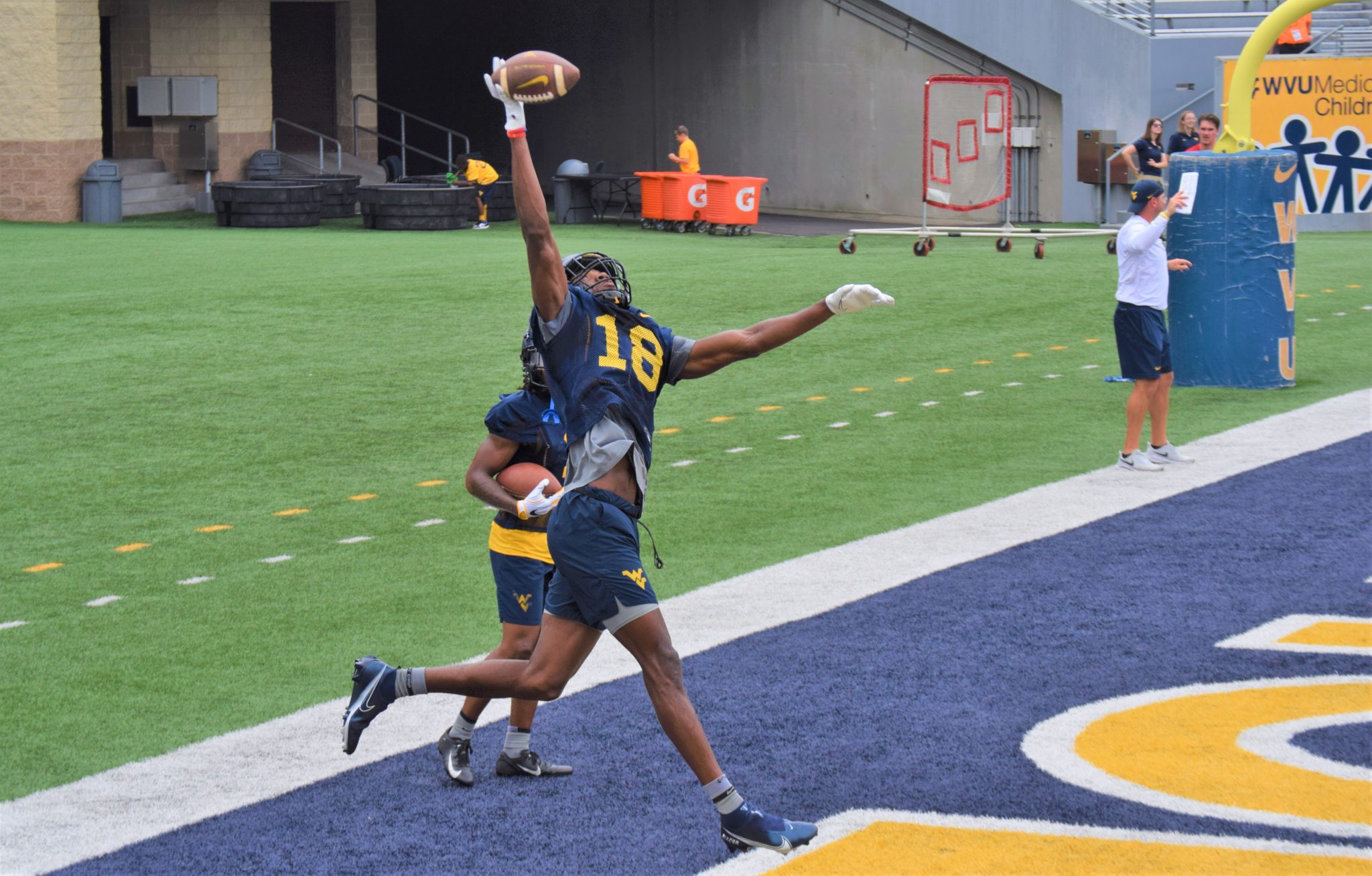 Heading the offense, as expected, is redshirt senior QB1 Jarret Doege. Senior running back Leddie Brown is primed to have yet another 1,000+ yard season in 2021. Redshirt sophomore running back Tony Mathis Jr. is a game day decision.

“He’s at a good spot,” Parker said of Prather’s fall camp showing. “To be here in January helping… so knowledge level has taken a step to where now, it’s just him learning how to play this game when it gets as fast as it will be. But… he will be involved and be a factor.”

On the opposite side of Frazier, junior Doug Nester is starting at right guard. The fall camp dogfight for starting right tackle has yet to be resolved. Head coach Neal Brown said yesterday that both redshirt sophomore Parker Moorer and true freshman Wyatt Milum will swap reps against Maryland.

Next door, tight end is anxiously awaiting the return of redshirt junior Mike O’Laughlin. Sidelined by a lower leg injury for the extent of fall camp, his reps were taken by redshirt junior T.J. Banks. The plan, as of now, is for O’Laughlin to resume his duties, but Brown called that position a “game day decision”.

Heading the defense will be sophomore nose tackle Akheem Mesidor. The Mesidor – Stills combination will see its first official action against a fierce Maryland offense, as Dante Stills joins him on the line. Of note, Brown recommended that tackles Jalen Thornton and Jordan Jefferson, both redshirt sophomores, will see time backing up Mesidor and Stills.

“I thought Jalen Thornton and Jordan Jefferson really earned those back-up opportunities, and we needed them to make a step going into fall camp,” Brown said. “I thought Jalen and JJ did a nice job, and they’re ready to play, and they’re playing the best football of their careers right now.”

Working toward the left sideline is redshirt senior BANDIT Vandarius Cowan. Right now, DC and outside linebacker coach Jordan Lesley said that both redshirt sophomore Jared Bartlett and redshirt freshman Lanell Carr will be expected to switch with Cowan for back-up reps. Carr was moved from defensive end to BANDIT in the spring.

On the other side of Mesidor, redshirt junior defensive end Taijh Alston will start against Maryland.

He’ll have redshirt freshman Daryl Porter Jr. out wide at corner with redshirt senior Sean Mahone behind him at CAT. Locking down the backfield is redshirt senior Alonzo Addae at free safety.

Welcome to the new home of WVU football and basketball breaking news, analysis and recruiting. Like us on Facebook, follow us on Twitter and check us out on YouTube. And don't forget to subscribe for all of our articles delivered directly to your inbox.
Related Topics:featureNeal BrownWVU Depth ChartWVU FootballWVU vs. Maryland
Up Next