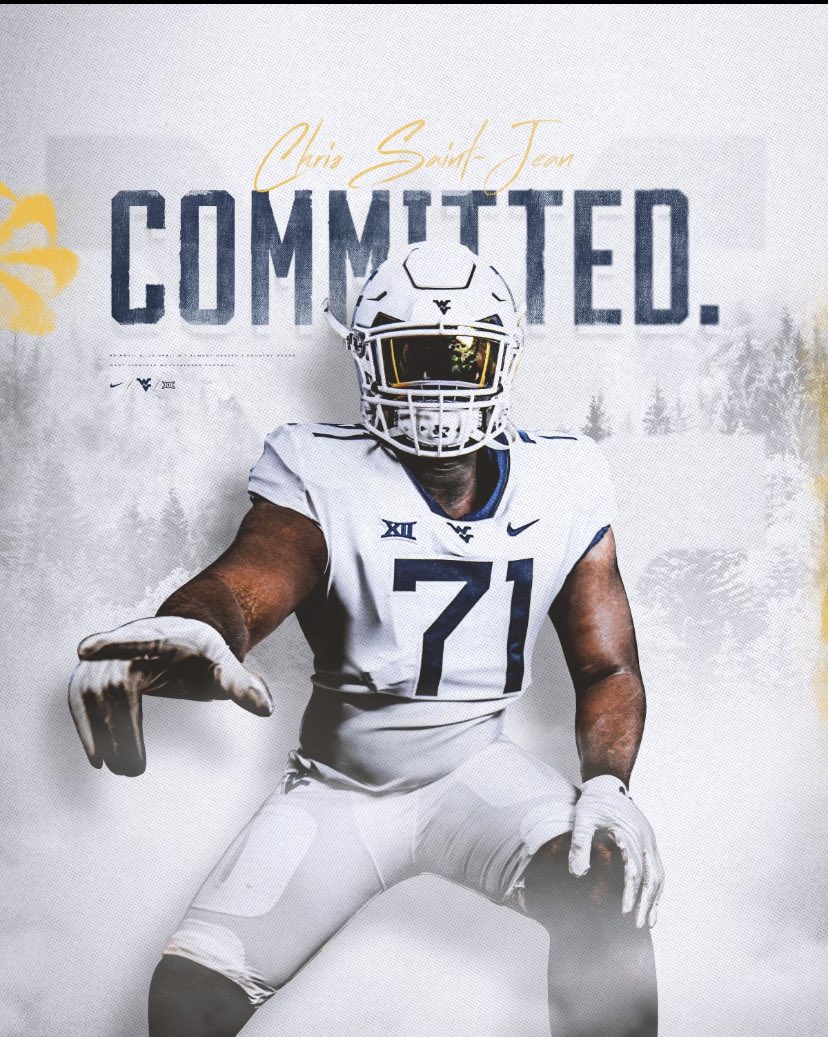 The uncertainty surrounding West Virginia football hasn’t stopped Neal Brown and his staff from recruiting, especially with National Signing Day closing in, and it’s resulted in another commitment.

West Virginia jumped into the mix for Saint-Jean in May, with offensive line coach Matt Moore and running backs coach Chad Scott serving as his lead recruiter, and he visited in October.

Saint-Jean visited East Carolina earlier this month, and he made unofficial visits to Florida and UCF earlier this year.

Saint-Jean started at right tackle for Evans High this season, and he’s also participated in track & field and weightlifting during his scholastic career.

Welcome to the new home of WVU football and basketball breaking news, analysis and recruiting. Like us on Facebook, follow us on Twitter and check us out on YouTube. And don't forget to subscribe for all of our articles delivered directly to your inbox.
Related Topics:Chrisdasson Saint-JeanfeatureMatt MooreWVUWVU Football Recruiting
Up Next