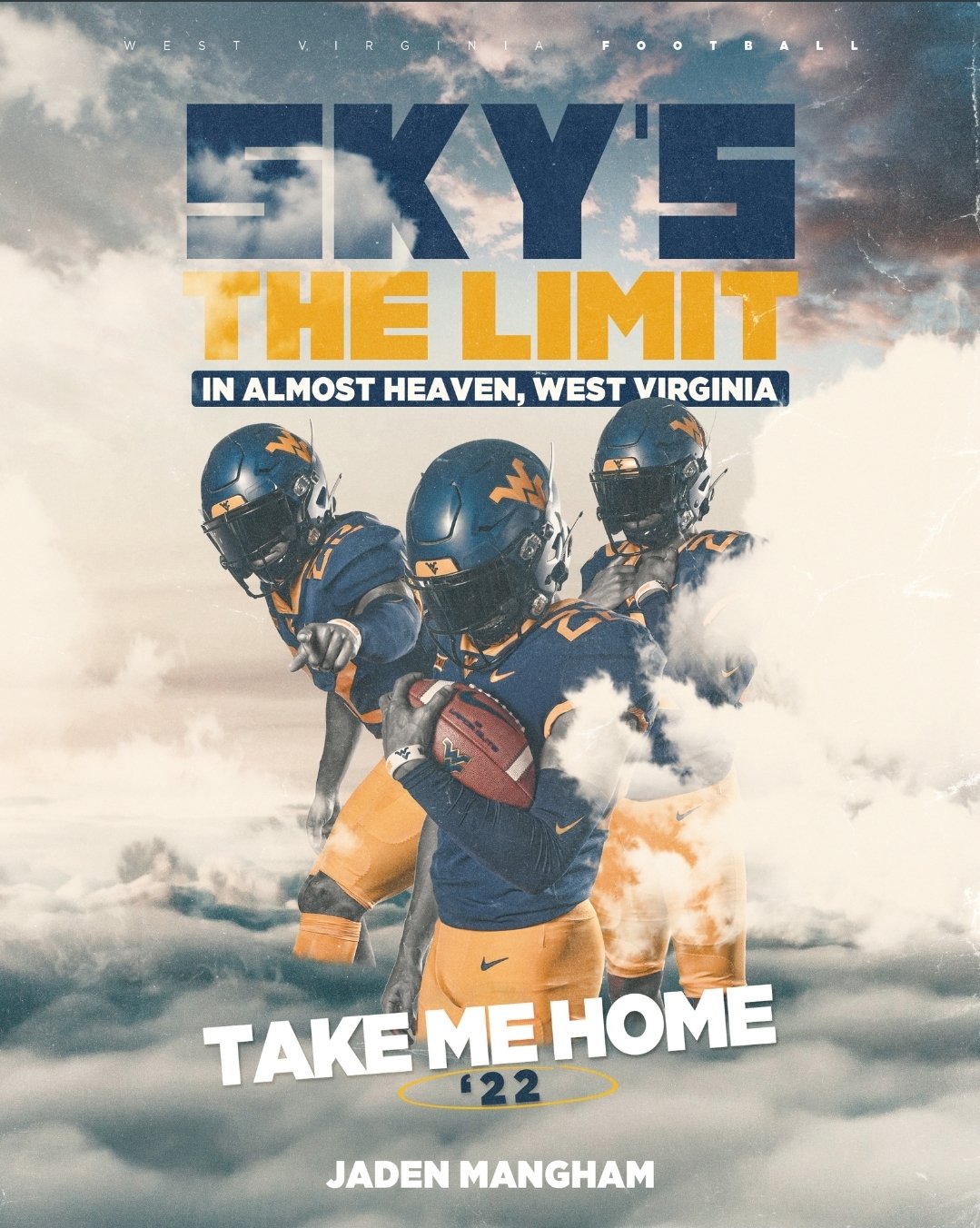 Neal Brown and his program have secured another official visit from a top prospect in the Class of 2022.

4-star safety Jaden Mangham tells West Virginia Sports Now that he will use his first official visit to travel to Morgantown on the first week of June. This is significant for West Virginia because the native of Birmingham, Michigan is an elite prospect with close to 40 scholarship offers.

West Virginia Sports Now spoke on Wednesday afternoon with Mangham and first asked him about the pressures that come with being such a heavily recruited athlete and how he’s dealing with that along with other things in his life that need to get done.

“With all of this, it’s really a lot to take in but thankfully, I have good time management and make sure that I set time aside for certain things and prioritize what I need to get done,” said Mangham. “With all of this COVID stuff, I’ve had to do a lot of phone calls and Zoom calls, which I set time for. It definitely feels great to be recognized by so many great schools but I also know that their is more work to be done on my end so that I can get better and hopefully get to the next level.”

“Thankfully, I had an older brother that went through this exact same thing so when he was going through this process, I was always there alongside him and watching how he took care of things. So when it was my turn, I knew the basics because I was fortunate enough to watch someone close to me go through the recruiting process.”

Groves 2022 WR/DB Jaden Mangham with the WILD TD catch from the Legacy 7on7 League.

Despite the camera losing focus, it appears he got the toe down!!!

Considering the national interest in him, to be able to get Mangham to make an official visit is a credit to West Virginia and assistant coach Dontae Wright, someone that’s been recruiting Mangham going all the way back to the 8th grade when he was an assistant coach at Western Michigan.

“Me and West Virginia definitely have a very, very, very good relationship,” said Mangham. “We talk on a constant basis. They’re always calling me, showing me love and ever since they’ve offered me, they’ve been truthful to me since day one. That really is very important to me and my family. I just can’t wait to get down there and actually meet all of the coaches because it feels like they have a very good environment there.”

“I speak the most with Coach Wright and he’s definitely a great guy. Coach Wright is always checking on me, checking to see how I’m doing and making sure everything is ok. I know that he’s a great coach but an even better person and I can’t wait to get down there and meet him in person again because the last time I saw him was when I was in the eighth grade.”

Mangham describes himself as a big athlete that can cover the whole field and make plays on the ball with his speed. Coaches have also been impressed with his ability to come up in the box and make plays on opposing teams running game.

At this stage, Mangham has two official visits set up, West Virginia, Georgia Tech and is close to finalizing one with Illinois.