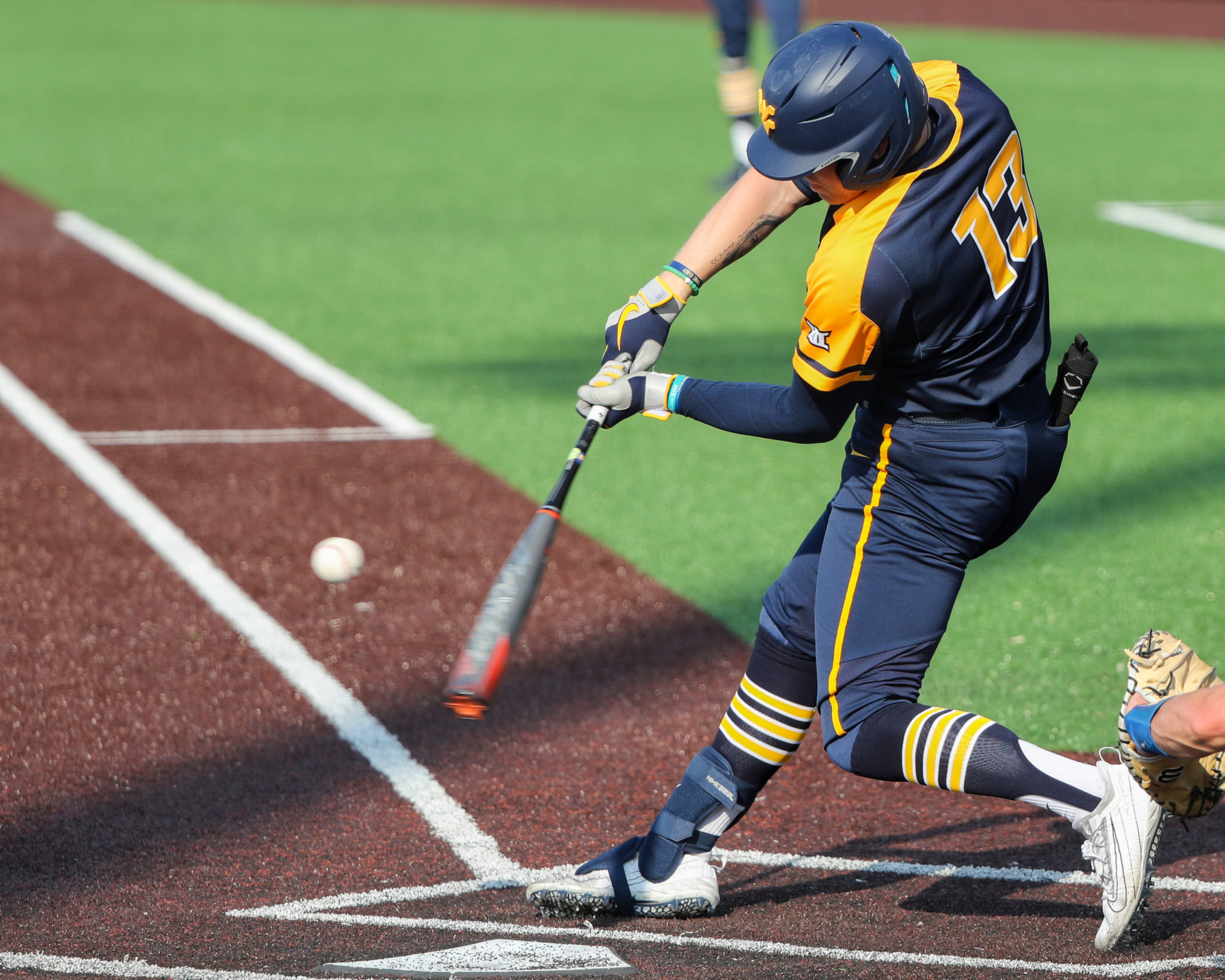 West Virginia did almost all of its damage via the home run ball as the Mountaineers pulled out a 5-4 victory in their series-opener against No. 2 Texas Thursday night. The win was the sixth in a row for streaking West Virginia (24-23, 9-14 Big 12) as Texas (38-14, 15-8) is vying for first place in the conference with TCU.

Texas starter Ty Madden (6-3) had allowed just three home runs to opposing hitters all season heading into Thursday but gave up three long balls to the Mountaineers. WVU designated hitter Nathan Blasick got the scoring started in the top of the first inning off of Madden, putting the Mountaineers up 2-0 on his fifth home run of the season.

Blasick is one of several WVU batters who have been red-hot to end the regular season. The true freshman is 8-for-25 with four home runs and nine RBI in his last eight games, including Thursday’s home run. The Longhorns battled back to tie the game, but solo home runs by WVU’s Paul McIntosh in the third inning and Kevin Brophy in the fifth kept the Mountaineers ahead.

An RBI double by Victor Scott in the sixth gave WVU its first multi-run lead of the game, 5-3. It did not last long, however, as the Longhorns got that run back in the bottom of the inning to make the score 5-4 after six innings.

On the mound for WVU was ace Jackson Wolf (5-5). The left-hander got the win, allowing four runs, three earned in 5 1/3 innings with four strikeouts. Noah Short pitched one scoreless inning and Jacob Waters threw the final 2 2/3 innings to secure the WVU victory.

Earlier in the week, WVU coach Randy Mazey talked about the possibility of keeping Wolf on a pitch count to have him ready for the start of the Big 12 tournament on Tuesday, but the senior threw 106 pitches Thursday.

Welcome to the new home of WVU football and basketball breaking news, analysis and recruiting. Like us on Facebook, follow us on Twitter and check us out on YouTube. And don't forget to subscribe for all of our articles delivered directly to your inbox.
Related Topics:featureKevin BrophyNathan BlasickPaul McIntoshWVU Baseball
Up Next