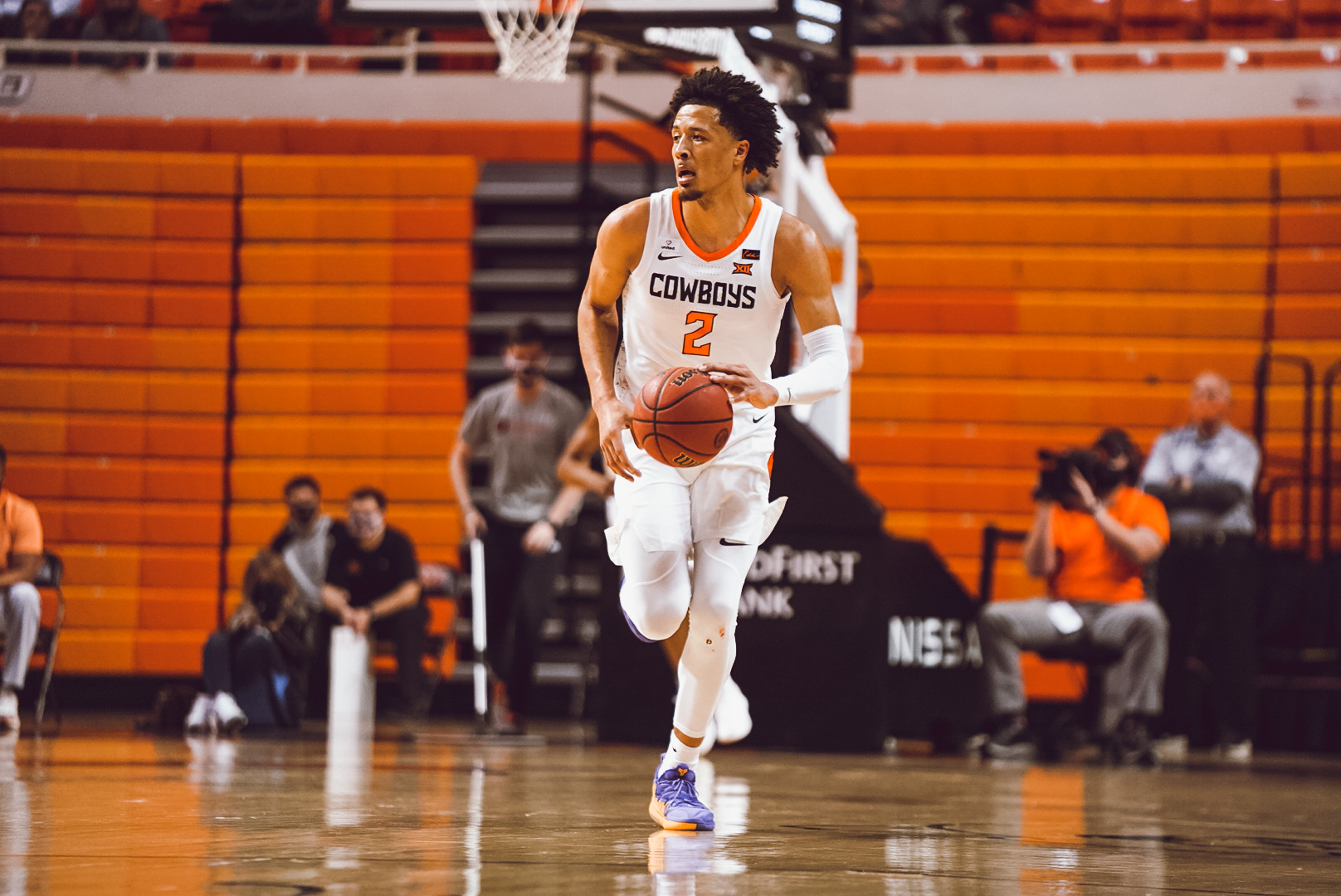 After rolling his ankle in the final minute of No. 17 Oklahoma State’s game against No. 3 Baylor on Thursday, freshman guard Cade Cunningham is questionable to play against No. 6 West Virginia on Saturday, according to Jeff Goodman of Stadium.

Oklahoma State is set to travel to Morgantown, WV on Saturday for the regular-season finale between the Cowboys and Mountaineers. WVU defeated OSU 87-84 in the first meeting this season, coming back from a 19-point deficit in the victory. Cunningham led the Cowboys with 25 points that night.

Cade Cunningham hurt in Oklahoma State 81-70 loss to Baylor. Cowboys HC Mike Boynton said, “I didn’t see any anything unusual other than he stepped on a guy’s foot and rolled it. He’ll get an evaluation, and as soon as we know more obviously pass it to you all.” pic.twitter.com/DFwPaEp6Gz

WVU and OSU will tipoff at 2 p.m. Saturday in the WVU Coliseum and the game will be broadcast on ESPN2

Welcome to the new home of WVU football and basketball breaking news, analysis and recruiting. Like us on Facebook, follow us on Twitter and check us out on YouTube. And don't forget to subscribe for all of our articles delivered directly to your inbox.
Related Topics:Big 12Cade CunninghamfeatureOklahoma StateWVU Basketball
Up Next