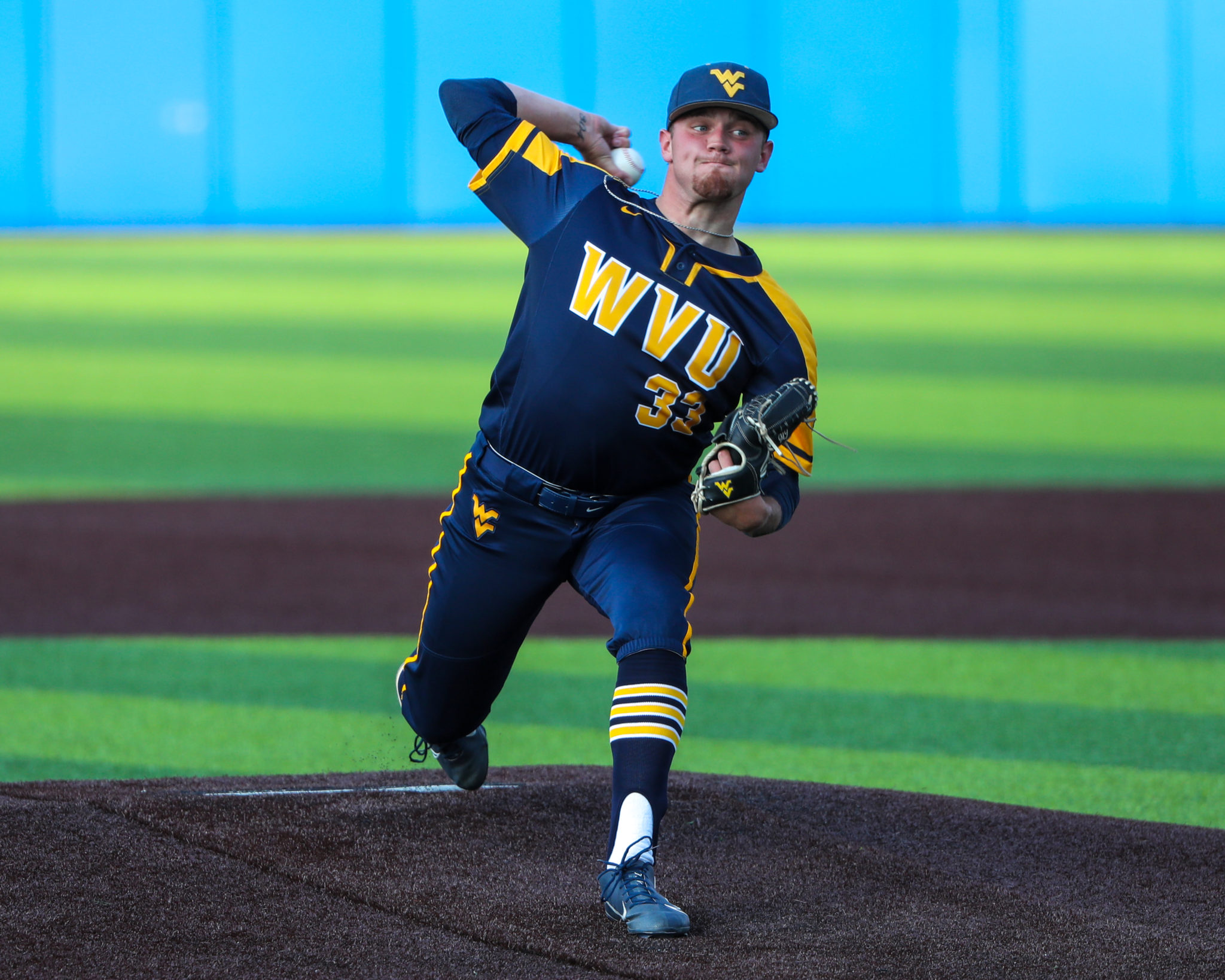 West Virginia junior pitcher Madison Jeffrey has been selected by the Los Angeles Dodgers with the 462nd pick (15th round) in the 2021 MLB Draft.

Jeffrey (6-foot-0, 203 pounds) is a hard-throwing right-handed pitcher from Barboursville, West Virginia. While his 2021 season was plagued by a couple of rough outings, giving up three runs to Coastal Carolina and TCU, he’s shown enough through his time in Morgantown to intrigue scouts with his potential.

Headlined by a fastball that tops out at 98 miles per hour, consistently throwing 94-96, along with a curveball and low-spin changeup, Jeffrey’s three-pitch arsenal has intrigued the Dodgers enough to bet on his potential.

His play the West Virginia Black Bears in the newly instituted MLB Draft League may have helped show the Dodgers he can compete with other MLB-worthy prospects. In nine appearances, he’s pitched a 6.30 ERA with 16 strikeouts and seven walks in 10 innings.

Jeffrey has the potential to be a starting pitcher in the MLB, but his eventual role may be in the bullpen. Landing with the defending champion Dodgers gives Jeffrey a chance to move through a well-respected system.