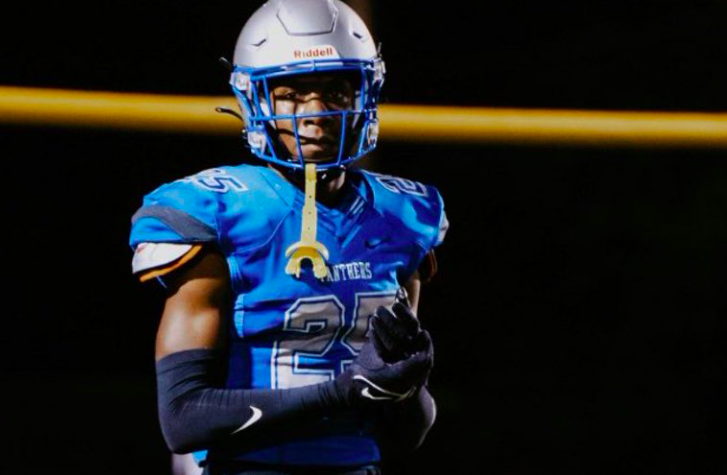 Recruiting in Florida has become a point of emphasis for the West Virginia program over the years, and that trend has continued recently with WVU looking at cornerback Xavier Lucas.

Lucas opened up to WVSN about what he thinks of WVU, his goal oriented mindset and what he was told by the Mountaineer staff made them know that had to send him an offer.

When asked about what he’s looking for in a program, the three-star class of 2024 recruit responded with maturity that extends beyond just caring about what the school can provide football wise. “I’m looking for a stable situation as far as the coaching staff. The major I want, and to be developed on and off the field as a young man!,” said Lucas.

He clearly wants to build a relationship with his coaches and be nurtured by them to become a better player and person. That makes it sound like the family atmosphere many other recruits often bring up when it comes to WVU could be a great fit for Lucas’ college experience and something he would even enjoy.

Lucas possesses a quality not every player has and all coaches love – he wants to be coached. He thrives off of it. The Dillard High School product in Fort Lauderdale, Florida, confidently detailed what goals he plans to achieve in his upcoming senior season of high school. “Get better at my craft! Have 5 or more interceptions and 25+ tackles and to not give up any touchdowns. Have the receivers yards at a minimum,” proclaimed Lucas. Those are some lofty statistical goals, but Lucas feels setting his expectations high only helps to motivate him.

He says he molds his game after Xavien Howard of the Miami Dolphins, a player Big 12 fans should be familiar with from his time with Baylor. Much like Lucas, Howard is skilled player who was able to find NFL success despite some of his peers stealing the spotlight. Lucas is classified as a three-star player by most nation outlets, but still ranked outside the top 100 players in his class in the state of Florida.

While Lucas hasn’t had in-depth discussions with the West Virginia staff yet, he did say he was told by the ones he has spoken to that they love his film and that was all the program needed to see to feel comfortable extending him an offer. If West Virginia hopes to actually land Lucas, they will have to fend off competition from several other major programs. Lucas is drawing attention from the likes of Auburn, Florida State, Illinois, Indiana, Iowa, Kentucky, Louisville, Miami, Michigan, Texas A&M, UCF and Pitt sent him an offer soon after he received one from WVU.

Lucas comes off as a player who will stop at nothing in terms of trying to accomplish his goals, in particular finding a college program who can assist him in getting to the NFL. Adding a player like Lucas would serve as an aid to West Virginia’s secondary, a unit that’s viewed as a current weakness of the team. It’s very possible a union between Lucas and WVU could work well for both parties. But it’s clear WVU will have to build a real relationship with this recruit before he commits to becoming a Mountaineer.

Lucas, who admitted he does not know much about the history of West Virginia football or the area itself, does not have an official visit scheduled, but does hope to get to Morgantown as soon as possible.

Welcome to the new home of WVU football and basketball breaking news, analysis and recruiting. Like us on Facebook, follow us on Twitter and check us out on YouTube. And don't forget to subscribe for all of our articles delivered directly to your inbox.
Related Topics:AuburnBaylorBig 12featureFlorida High School FootballFlorida StateIllinoisIndinaIowaKentuckyLouisvilleMiami DolphinsMichiganMimaiNFLPittUCFWest VirginiaWVUWVU Football RecruitingXavien HowardXavier Lucas
Up Next