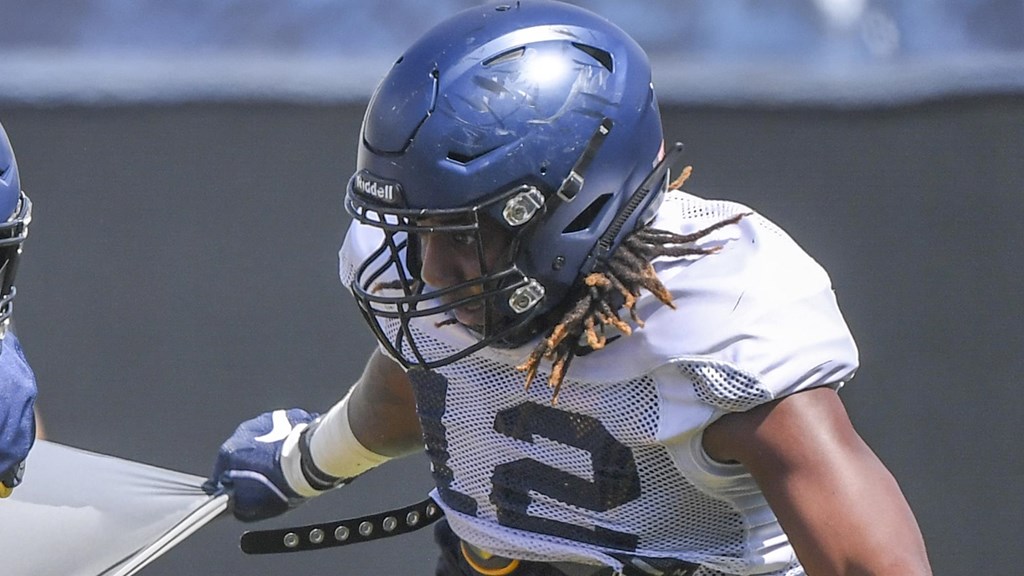 MORGANTOWN, W.Va. – Three serious injuries have plagued WVU Football’s Taijh Alston since he was recruited to East Carolina in 2017, but at no point in his playing career has he ever let that setback stop him. While playing for the Pirates, Alston, a defensive end, sustained an ACL injury in his right knee and was forced to redshirt the season. While rehabbing, and hoping for more playing time, Alston transferred to Copiah-Lincoln Community College.

He quickly established himself in the JUCO atmosphere, earning All-Mississippi Association of Community and Junior Colleges honors for his 78 tackles, seven sacks, 15 TFLs, forced fumble, and pair of fumble recoveries. That kind of production, especially coming off an injury, got Alston noticed by larger universities, including WVU head coach Neal Brown’s staff when they were at Troy.

“We knew a little bit,” WVU defensive coordinator Jordan Lesley said of his knowledge of Alston prior to WVU. “He’s from [Copiah-Lincoln Community College] down in Mississippi, so I had knowledge of Taijh because I recruited there when we were at Troy and I obviously coached there. So I had an idea of skillset, what we had. As a player… really didn’t because we didn’t have the opportunity to get him out [to Troy].”

When Alston got to West Virginia with Brown and Lesley’s staff, he was projected to have a stand-out season in 2019. It was cut brutally short though, adversity that he was keenly familiar with. Two games into the 2019 season, Alston tore his patellar tendon in the same right knee. He had logged his first Mountaineer sack and TFL in the season opener against James Madison, but the Missouri game dealt him the devastating blow during a sack attempt.

“He actually had a really impressive play in the first quarter against Missouri in ’19,” Lesley said. “He had a really impressive sack against James Madison; the same type of play, it was actually the play he got hurt on, against Missouri. He would have sacked him if he didn’t injure his knee. So, I had an idea, but how far he’s come since then, we didn’t know, but it’s good to see.”

Alston was rendered out for the remainder of 2019 with the tear, and added an Achilles tear during winter workouts in 2020 to the injury-induced downward spiral. The Achilles injury nagged him the entire 2020 regular season, but he made his Mountaineer reprise in the Liberty Bowl win against Army, notching a tackle and a forced fumble in the 24-21 bowl win.

Now, in 2021, he is one of the Big 12 Conference’s best pass-rushers, nabbing 21 tackles (13 solo), seven TFLS and four sacks (both of which lead the team), and has started in all of the Mountaineers’ seven games.

‘Family of Five’ Has Developed Within WVU Football’s Offensive Line