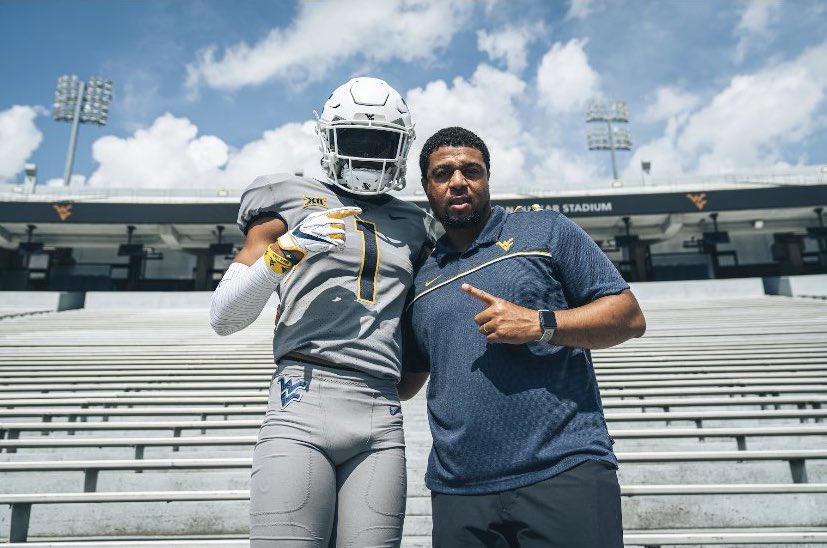 The month of June isn’t likely to be as busy for Neal Brown and West Virginia, but there will still be some recruits that make the decision to pledge themselves to WVU. One of those could be Tayvon Nelson.

“West Virginia is showing the most love,” Nelson told WV Sports Now, “and I love the atmosphere around the town since it’s a college town.”

Nelson made an official visit to Morgantown over the weekend of June 22, getting a chance to see the campus and bond with the coaching staff for an extended period. Even though the campus wasn’t exactly jumping as it would be during the season, he enjoyed getting to see what his day-to-day life would be like as a Mountaineer.

With an additional official visit to Maryland following his OV to WVU, Maryland had the last chance to lock down his signature, but the WVU atmosphere isn’t something he’ll soon forget.

Brown is looking at Nelson as a cornerback as of this moment, looking to use his uncommon length in an area it can be taken advantage of, but Nelson said if he continues to grow into his frame, the staff will make that conversion to safety.

Nelson admitted that while he does want to play safety at the next level, he’s a ball player. His feel for the game is apparent in watching him play at Canarsie, and his size and speed allow him to drop into coverage in zone schemes and still press at the line when needed.

West Virginia has landed commitments from the Jackson brothers, three-star cornerback Josiah and three-star athlete Jordan, and both are expected to play in the secondary. With a commitment to WVU, Nelson would join them.

Welcome to the new home of WVU football and basketball breaking news, analysis and recruiting. Like us on Facebook, follow us on Twitter and check us out on YouTube. And don't forget to subscribe for all of our articles delivered directly to your inbox.
Related Topics:featureNeal BrownOfficial VisitShaDon BrownTayvon NelsonWVU Football Recruiting
Up Next

West Virginia’s 2023 Class Off to Strong Start; Just How Good?