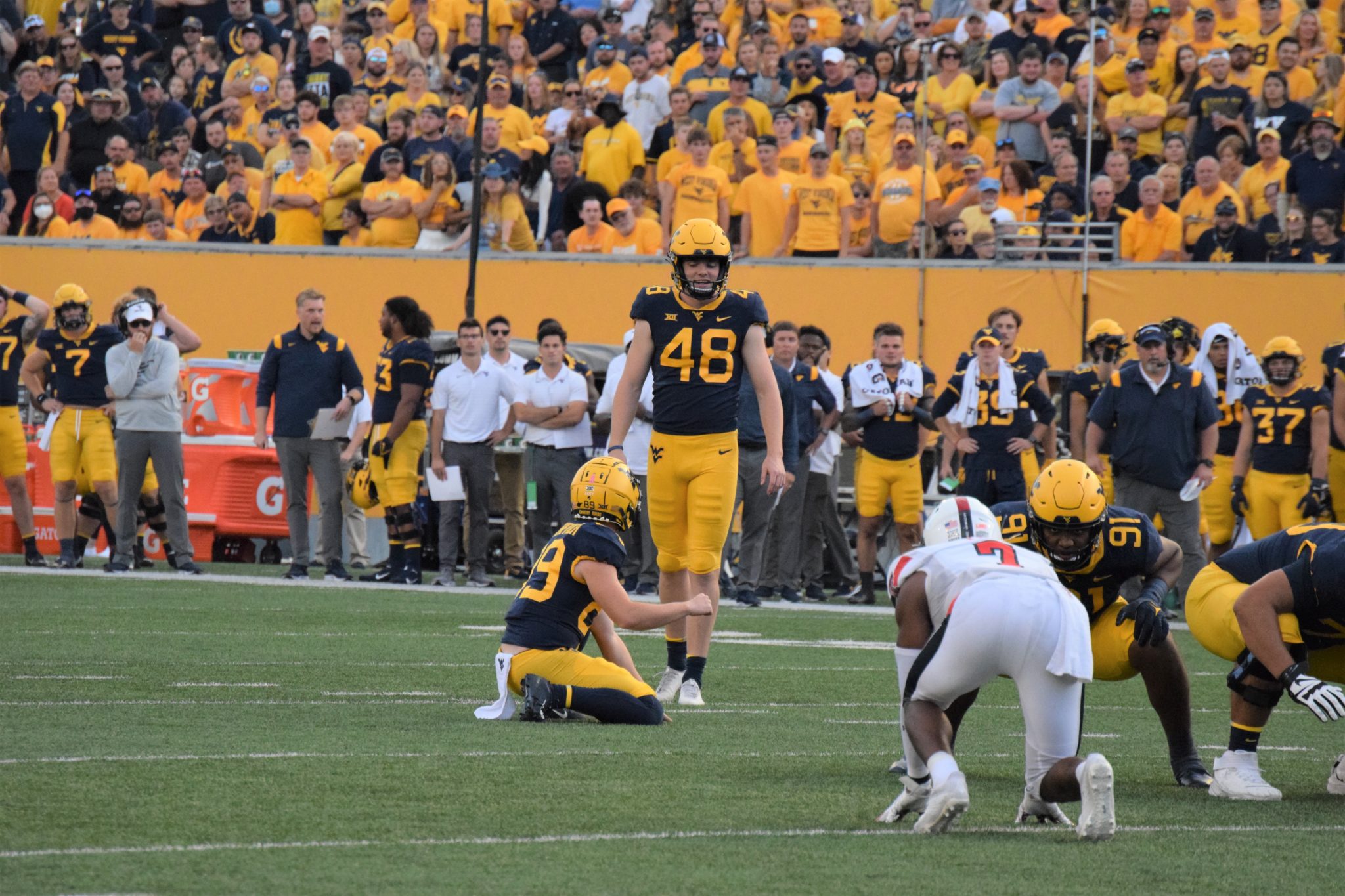 The transition from soccer to kicker isn’t a hard one to see, after all soccer at its most basic form is just kicking. And it’s the one that West Virginia kicker Casey Legg had to make years ago.

It came after a soccer game, when an opponent’s parent asked his mother if he had ever played football. He hadn’t even consider playing football before that question, but thought about it right after.

And not long after that, he went to a field and started kicking.

“I remember it clearly,” said Legg on his first time kicking. “I think it was a Wednesday in October of 2017. Before we went out there, I had to go to Dick’s and buy a football. I had one of those old orange tees…

“I brought it out to Laidley Field. I remember kicking and I loved it.”

The West Virginia soccer state championship didn’t go to WVU with the intention of being a collegiate athlete, but he tried out with the team in 2018. He made it, and even kicked off. He made his first and only tackle that year, something he wishes he doesn’t have to do a second time.

Legg has worked hard to improve how he handles the pressure during his time at WVU. In addition to his faith, he works with the team’s psychologist Adrian Ferrera and reads books, such as Mind Gym.

And to his credit, it’s worked to the point that he’s gotten preseason accolades this off-season. And the numbers last year on field goal attempts, 19-23 (82.61%) also correlate to success.